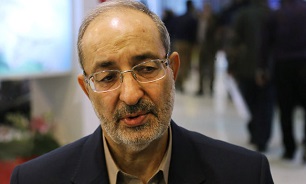 Brigadier General Massoud Jazayeri, Deputy Chief of Staff of the Iranian Armed Forces made the remarks while visiting pavilion of Mehr News Agency at the venue of the 23rd Iranian International Press and News Agencies Exhibition currently underway in Grand Musalla of Tehran.

The official, while touching upon Iran’s news defense diplomacy formed through recent visits of Army Chief Bagheri to regional states, said the Islamic Republic of Iran can further promote its connections and interactions with regional countries in particular.

He rejoiced to say that Iran’s General Staff of the Armed Forces was determined to upgrade its communications at military level in order to deepen security inside the region. Relevant ties have been already established with various countries including Syria and Iraq.

The official, while promising for broader interactions in the near future, continued "development of cooperation with neighboring countries is a prerequisite to realizing goals pursued on border, research, education, security, counteraction, correct confrontation with terrorism and excessive demands posed by the US and the Zionist regime.

"These interactions are expanding in the form of defense diplomacy and their scope will become increasingly wider,” highlighted Brig. Gen. Jazayeri concluding that recent visits by Army Chief Bagheri had been carried out in the same line.