most visited
عمومی << Home Page
One of the warriors of fatemyun division in conversation whit DefaPerss said:

One of the warriors of fatemyun division said:Russian soldiers asked us what you say when assaulting that the enemy escapes. We would say that we are”Labeik ya zeinab” they said should learn it to us.
News ID: 67351 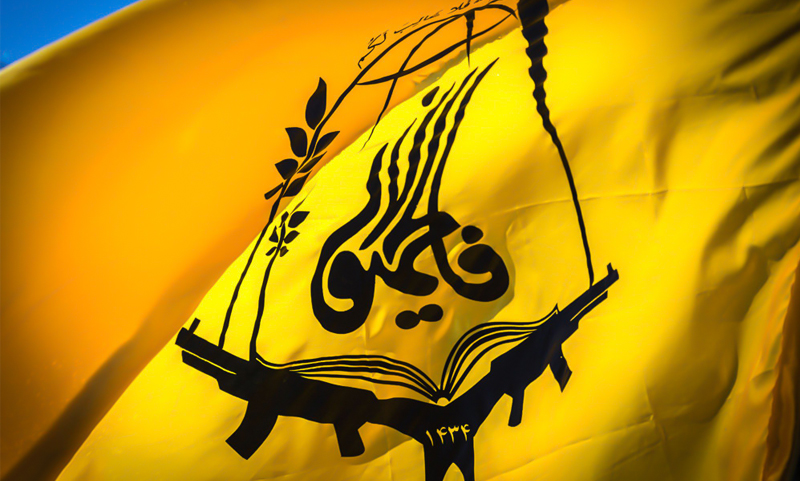 DefaPress Epic and jihad group reported: the warriors of fatemyun division are brave soldiers who see themselves as followers of the Velayat-e Faqih, Imam Khomeini and Ayatollah Imam Khamenei. The warriors whose main weapon is their beliefs and the key to their success is "Labibi or Zainab (SA)." Warriors who are ready to act and support him anywhere in the world that is oppressed by a Muslim.

In order to identify these brave warriors to the general public, the Defapress reporter has conducted a dialogue with one of the brave warriors of this division.
DefaPress: what is the resistance warrior from other armed forces the world has made it distinctive?

Along with the Russian forces known as the superpower, we were in Syria. Russian soldiers asked us what you say when assaulting that the enemy escapes. We would say that we are ”Labeik ya zeinab” they said should learn it to us. When they learned”Labeik ya zeinab” because of their accent they Pronouncing too hard, but they screamed and attacked, and it really was effective for them.

DefaPress: Despite all the advanced equipment, such as long-range missiles in Iran, why Islamic resistance warrior go to Syria?
A camera had up to 20 km in the positions of the enemy could observe, but the person behind the Camera sat betrayed us, and at 12 pm ISIL the message was, "We turn off the camera did you have your operation get started.”At that moment, a total of 600 suicide bombers attacked us along with our tank and other devices, which we gave in the attack of about eight martyrs after the blast of suicide bombers and gave five martyrs on the battlefield where my driver was martyred there. And my name was also mistakenly announced as a martyr, and they also got me to the parliament (In fact, once, I was missing and once was martyred.) The reason for this was that the work fought our war and we fought with knives and Kalashnikov; so we could not use any of our missiles; because they entered the trenches we were and we could not rocket our own trenches. There, if there were 600 ISIL, there were 100 of our own children. It is also necessary to say that if we do not fight the frontiers of the Iran and do not defend the borders, if the enemy enters Hamadan or Kermanshah, these are spread among the people and then what can we do with the missile? If we rocket, our facilities will be destroyed and our people will be casualties.
The first of Ramadan last year, about 600 suicide bombers attacked us in an area that was one of the most strategic areas in Syria. namely, if this area collapsed, Aleppo would be scissors and was condemned to fall; also, given the weapons that could reach Damascus, this city would actually fall, and the Tandem scissors.
DefaPress: Are you ready fatemyun division missions in other parts of the world as well?
Imam Khomeini (RA) said: "Our war is a war of ideas, and it does not know geography and the border." Wherever the victim needs help, we get there and help. The commander of the martyr Fatemyun, Abu Hamed, had said that if he needs help in the heart of the United States, we must be in the first place to help him.
It was not these states that brought Iran to power, glory and glory. Once upon a time, Iran was both state-owned and seemingly powerful, but a foreign soldier was forceful. The one who ruined the kingdom of Iran in the 2,000-500-year-long rule in Iran and then greatly enhanced Iran was the velayat-e faqih; therefore, all Shiites should be bundled under the flag of the same flagship in order to strengthen this system.
Press defense: Who is the commander of the fatemyun division?

On the battleground, we saw that some of the warrior before the attack said "Sayyed! If we do not come back, greet us with  (Imam Khamenei) and say that what drives these hearts and steps is not governments and individuals, but it is your command (vali faqih) to bring the hearts and the steps to moving and we are fighting here on the field, our head and soul are yours."
The martyrs actually cause the honor and dignity of all the Muslims and the holy system of the Islamic Republic of Iran, and we remembered the martyrs, but we did not mention those who raised these martyrs. "Abu Hamed", "The Conqueror", "Sayyed Hassan Hosseini (sayyed hakim )" and all we know, those first few days went, including "Abu Hamid," the children gathered, the Fatimid army's First Brigade Was formed. We should also remember them.
Message End
Tags: fatemiyoun ، ISIL ، syria ، iran ، russia
0 Error Report
your comment