US Launched Massive Attacks on Japanese Mainland After Taking Okinawa

TEHRAN (defapress)- Toward the end of World War II, the United States was able to launch massive attacks on mainland Japan after seizing Okinawa, dropping around 7,000 tons of bombs, a study of US documents shows.
News ID: 68004 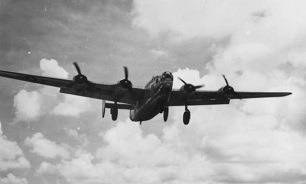 The findings are based on an analysis of more than 10,000 pages of declassified military documents conducted by Kanto Gakuin University professor Hirofumi Hayashi, Japan Times reported.

The analysis helps clarify the overall picture of how US forces attacked the mainland from Okinawa, Masahiko Yamabe, a researcher at the Center of the Tokyo Raids and War Damage, said in Koto Ward.

According to the documents, which were found at the US National Archives, more than 65 locations in 13 prefectures in Southwestern and Western Japan were targeted from Okinawa, with 7,000 tons of bombs dropped in the last three months of the war.

US forces landed on a small group of islands West of Okinawa’s main island in March 1945, starting a fierce three-month ground battle.

The documents show that on May 13 the same year, Marine Corps F4U fighters flew from Okinawa’s Yomitan airfield to bomb a small island to the North. Four days later, two US Army P-47 fighters that took off from Okinawa conducted an attack on Kyushu for the first time.

Before then, the US had also used the Mariana Islands as a base for launching attacks.

For example, an Army document describing an Aug. 10, 1945, attack states, “1 individual strafing pass on a large group of people numbering approximately 150 to 200 in the main street” in what is now Ebino, Miyazaki Prefecture, which resulted “in killing 15 to 20 people.”

Professor Hayashi, who specializes in contemporary history, said the documents make clear that “US military bombers and fighters carried out attacks on civilians indiscriminately, hitting small communities, areas where people gather as well as trains.”

Japan surrendered on Aug. 15, 1945, after the US atomic bombings of Hiroshima and Nagasaki, bringing an end to World War II.