Fatemiun do not need to have kindness

Sayed Zoheir Mujahid replied to some media claims about the Fatemiun army on his personal page.
News ID: 68008

According to Cyberspace of DefaPress: Some days, some domestic media simultaneously with foreign media outlets of the Islamic Resistance Front in the region, such as Iran International, Al Arabiya and the BBC, whose names are well-known, have released the dissected speeches from Seyyed Zahir Mujahid from the fighters of the Lashkar-i-Fatemiun, To the Fatimid These people, as they have no weaknesses in the process of the Fatimid Resistance, have their sayings and grasp to hurt the powerful army that they perceive as a threat to Israel. Seyed Zoheir Mujahid has posted a text on his personal page in response to unfounded allegations made by the media. The photo and text are as follows:

In the name of God

In the days when the region is in the grip of the destruction of ISIL, we still see that the supporters of terrorism in the region did not calm down and turned to grief. In a statement released on January 16, under the name of the Fatimid Cultural Interview, we have not heard any interviews about it, and no one has ever discussed the affairs of the Fatimid administration with any internal and external news agencies.

In addition, the presence of several years old along with fighters and families of Fatemiun ,participation in the ceremonies and meetings of these loved ones at various occasions, and speeches and discussions between us has nothing to do with the management of the Fatimid organization and is not and will not be the position of the organization.

What was being broadcast by the BBC's lies was a devious attempt to cover up its support for the brutal assassinations of the Assad, and instead of responding to their creation and support for ISIS and terrorism in the region, they turned their attention to the success of the resistance front, and the thoughts Public from diverse crimes in the region.

And, unfortunately, some of the domestic media in Iran, who during the years of construction and reform have sprinkled salt and scavenged Afghan refugees, today, together with their friends in Britain and the United States, have become a kinder friend of our mother.

Fatemiun do not need the compassion for the wolves that plan for the future of Shi'ism and the pure Islam in the region, and in particular in Afghanistan. The ghastly feminist warriors who have been able to silence the ISIL in the spit of the gun and bring him to his knees will certainly have the power to overcome their plan to save Israel and to draw the Middle East and American Afghanistan. With the help of God, their evil actions will be in vain, and the powerful movement of resistance will continue to power its way with the global mobilization that has been created. 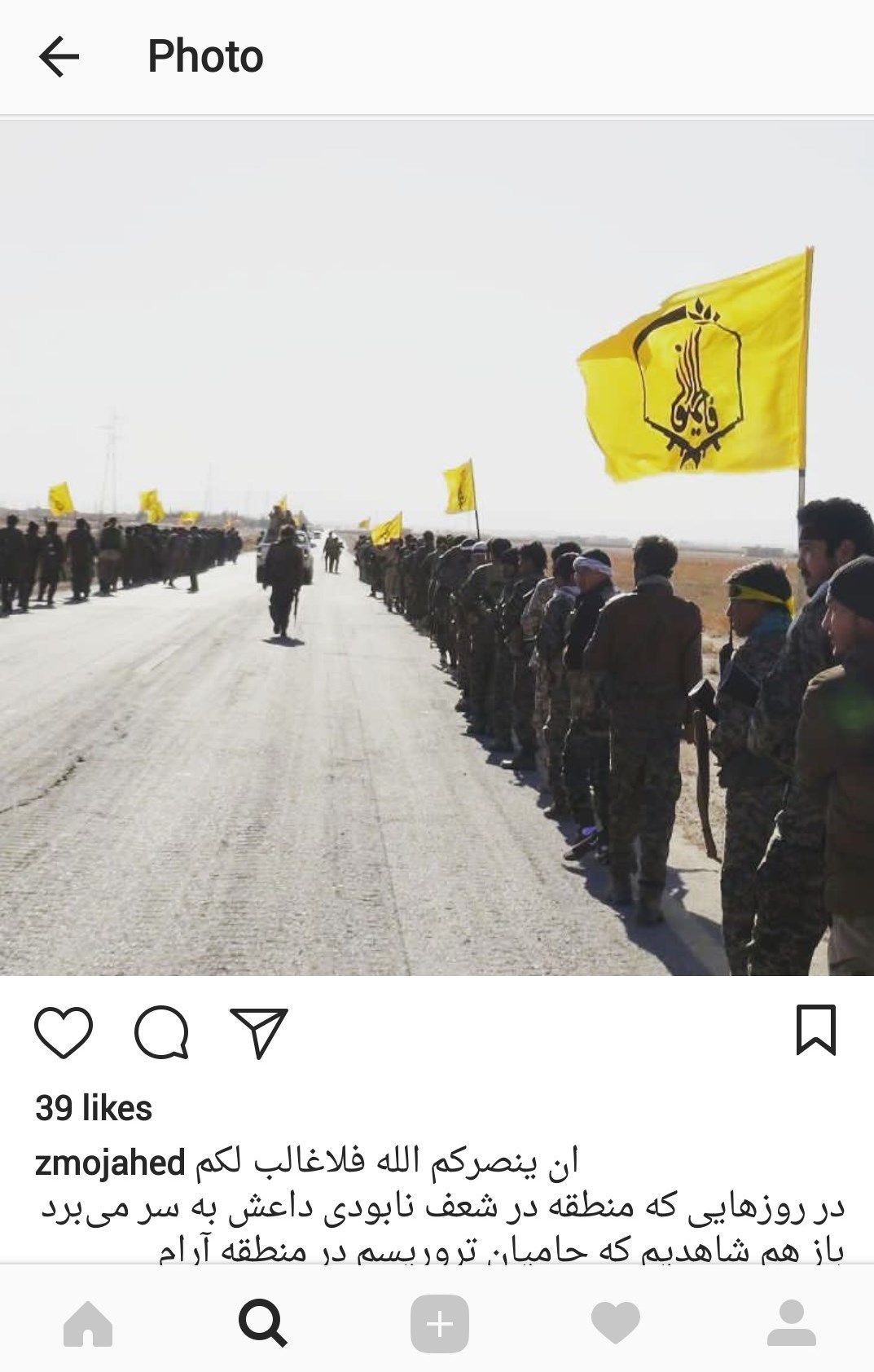