North Korean Army Is Only One That Terrifies US

TEHRAN (defapress)- The announcement came less than a week before the start of the Olympics in Pyeongchang and on the eve of the 70th anniversary of the foundation of the Korean People's Army.
News ID: 68517 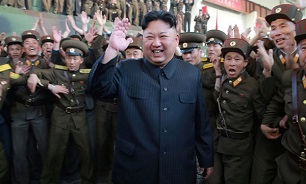 The Korean People's Army (KPA), under the leadership of Kim Jong-un, is the only army in the world that “strikes fear into American imperialism” and prevents the US from igniting a new war on the Korean peninsula, the North Korean “Korea Today” online outlet reported, citing the Swiss-Korean Committee and Swiss Group for the Study of the Juche Idea, RIA Novosti reported.

They also noted that the Korean army, led by former leader Kim Il-sung, achieved a miraculous victory over the “US imperialistic forces and its allies.”

The KPA foundation day was previously celebrated on 25 April; however the Worker’s Party Central Committee moved it to 8 February – just a day before the start of the Olympics, motivated by it being the day when the Korean People’s Revolutionary Army was officially reformed into the KPA 70 years ago.

The DPRK is planning to conduct a military parade celebrating the anniversary of its army. The US and South Korean militaries have moved their annual military exercises, which were to start in February, in order to conduct them after the Olympics that will be held in South Korea’s Pyeongchang.

Relations between the US and DPRK, which still haven’t signed a peace treaty since the Korean War ended in 1953, have been steadily declining since the latter decided to unfreeze its nuclear armaments program.

Ties between the two have deteriorated especially sharply since 2016, as North Korea performed multiple tests of its nuclear devices and ballistic missiles over the course of 2 years. During the ensuing crisis, the US has considered a preemptive nuclear strike, among other options ‘to resolve it’.