most visited
عمومی << Home Page
Kurd In a conversation with the Defapress:

The victory of the Islamic revolution challenged Western politics

The representative of Islamic parliament said that the Islamic Revolution not only changed the interior condition of the country, but also challenged Western politics.
News ID: 68586 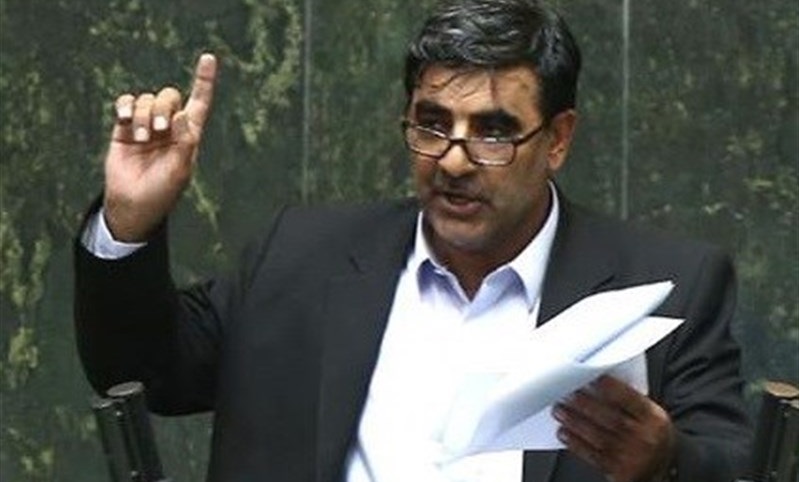 "Ali is a member of the Kurdish people's representative and Social Commission" khash County in Parliament in an interview with Defense News reporter press, pointed out that stripping civil rights, the largest of the oppression of the Pahlavi regime was on the right of the Iranian nation, said: at the time of taghot people a role in decisions regarding the country wasn't Ned and whatever it took time by the authorities was on Iran, and the demands of the Americans. As well as the freedom, the right to vote and participate in the rebuilding of the country was first possessed by the people with the victory of Islamic revolution.

This is a representative of the home nation, the Islamic revolution is the greatest transformation in the history of Iran and added: all segments of society, in the role of our revolution and if not topple the regime and people's Alliance and 500-year-old imperial 2 was not possible.

He Islamic awakening and the power of the Warriors of Islam in Yemen Ansar Hezbollah forces format and Hezbollah comes from our revolution to the title, saying: our revolution is not only a domestic situation will transform but also Western policies challenged; because with the destruction of the Pahlavi regime of Islamic countries such as Palestine k (E) had been wronged, a mood were found that can double with stamina and diligence in front to reach the dlkhahshan doers.

Our victory, "said Kurdish delight and a strange passion between the oppressed nation of the variuos region, the liberation movement and all the freedom in the world.

The representative of the people of khash County in Parliament with the opposition and the West, the hostility being expressed with Iran since the advent of the revolution began, said because at the time of taghot the country with threats and sanctions were not facing Americans? Because it was supported by the United States? The actions of the Americans at the time of taghot to the show friendship and to benefit our country, silence and feel the satisfaction of the American authorities, yet rooted in Iran Mohammad Reza Pahlavi to ransom.

Today's country continued Kurdish Interests Center not aliens, if we see that we've located other enemies about to because that is our choice for independence. We are not affiliated to the country's power and no Elk that today in all fields, we have earned the result of internal dstrnj.

A member of the Social Security Commission of the Islamic Consultative Assembly's greatest blessings of God's hand, and the most important achievement of the Islamic warriors against the enemies of the country said the imposed war and outlined to other world powers dealing with Iran, that we show for each country that the intention is to exceed our heavy soil all will. In fact, the sacred defense era security after the country was indebted to our industry and show the Warriors of fear and bdkhahan retreat.

Stating that the country has never enemies of our enmity does not come with a short, noted: the elements of the counter-revolution that on behalf of the United States and the Zionist regime in order to hit Iran are fed up, in the wake of their objectives for the proper opportunity arise; therefore, perpetual vigilance and readiness, military and security forces and enhance the security of our borders are a warning to the elements of the counter-revolution. In fact, the stability and security of the industry depends on sacrifice of the armed forces is that the enemies of the revolution outside the borders of the Earth are stuck.

This is the home of the nation's representative pointed out that the accountability of officials in order to serve the people is an important factor in the direction of the continuity of the revolution is our economic problems, said people cannot be denied, if the authorities in resolving the nation's neglected concerns definitely the enemy the opportunity to finally appropriate use (E) in order to discourage people to the revolution, therefore, the continuation of the Islamic revolution; will need compassion, perseverance and zeal and efforts of officials in fulfilling the needs of the people are reasonable.