The martyr Sekhavatmand in his will stated: "Imam Hussein (AS) said during the martyrdom," Who can help me? "It is compulsory for the Muslim nation of Iran to speak to this letter of the Imam answer and to Watering this tree with his own blood."
News ID: 68725 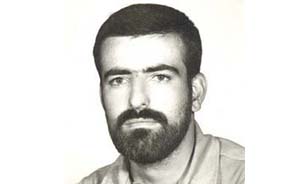 According to the reporter of Sajed , In March 1947, the martyr Massoud Sakvatudost opened the eye in Qazvin. He was a jihadist and was a soldier on the front. His testimony took place on January 17, 1981 in Karkhehnoor.
The will of this martyr Valamqam is as follows:

Here is the text of the will of this martyr:

The Islamic Revolution is fresh and blood must be provided for its maintenance.
Imam Hussein (AS) said: "Who can help me?"

It is obligatory on the message of Imam to the Muslim nation of Iran and blood must be poured out to hold this revolution.
It's time for my mother to show her zeynbear mission.

Do not cry for happiness, and be happy because I've been martyred.

Dear brothers! In the way of the progress of dear Islam, you will constantly be diligent and enthusiastic about Imam's commands.
Time is the time of Hussein (AS), and the days are the days of Ashura and "the whole land of Karbala".

Dear dear sisters! Put the head of your life in a veil, chastity and chastity, and always fight Fatimahvar and Zeynab, and you are the hypocrites, who, after the victory of the revolution, have been renamed the name and reputation of the organization.

Have you created a guard for this purpose one night?

Instead of guarding, you are martyred to the Pasdaran brothers and you run away when the clean and sincere youth, whose leader distracts them. I'm burning for these young people.

Come on in Islam and join .