most visited
عمومی << Home Page
On the cause of the anniversary of the martyrdom of martyr Tusi;

He always accompanied with martyr agheri / Eventually, his prowess was in Valfajr 8

These days, the anniversary of the martyrdom of the Commandant "Martyr Mohammad Hassan Tusi" is the assistant commandant of the 25th separation of Karbala in the Holy Defense.
News ID: 69634

According to the epic jihad group of Defapress: Mohammad Hassan Tusi was born in 1947 in the village of Toskla, in the city of Neka. In Ferdowsi secondary school, he studied at the Neckur up to the third grade and went to Sari to endure his schooling.

Her third high school year met with militant clerics. Some time later he did not go to school. She first called for help as a pretext for dropping out, but later turned out to be in school because of cooperation with the cowardly Shah's opponents and fearful of being arrested.

He married a few days after his marriage, when his military service came. Satisfied not to go to the military. He said: "I do not serve the tyrant. But eventually he was forced to be sent to the military service. He was taken straight to a training camp in Birjand, but he had not been sent out a few days before he returned home and said: "I did not serve the serviceman.

The protest rose against the king. He bought a small radio. The news was taken from other countries and passed on to others until the struggles became public and were among those who organized the demonstrations in a coherent manner against the Shah. Mohammad Hassan, on the eve of the arrival of Imam Khomeini (RA), went to Tehran home and He said Imam Khomeini was returning, but the guard of the king prevented him. To protect Imam and his companions, he went to Tehran. And after meeting with the Imam, they returned to Mazandaran. 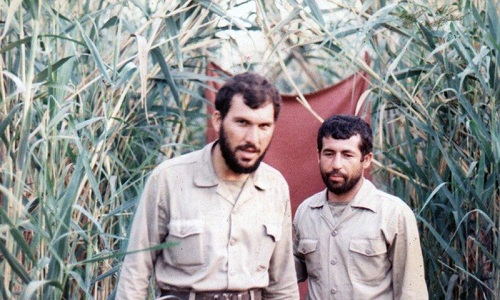 After the victory of the Islamic Revolution in the Neva Revolutionary Committee, the city of Neka, together with a number of prominent clerics, defended the city and the people of Kurdistan until after a short time, in July 1979, it joined the Revolutionary Guards Corps of Pasdaran.

At the same time, it was organized to the city with the increase of the counterrevolutionary battle in Dome. After calm, he went to Kurdistan in this city. He was conversant with Ahmad Motazelian and in 1979 became commandant of the Sari Army Corps. At the same time, in the Sari army, he believed the command of the "martyr's group" and insecure its security in the forests of Amol, Savadkou, Sari, Gorgan and Gilan forests. At the same time, owing to the attractiveness of commanding the plan and process of the Guards of the 3rd region - Gilan and Mazandaran - was appointed. Concurrently and in the winter of 1980after the finish of the counterrevolution in Amol, they were sent to the 31st Ashura Formation.

In the intellect and operations acumen unit, Brigade 31, with his longtime friend Martyr Hussein Akbari Dangersky, recurrently known the enemy's heart. At the same time, a new horizon was opened against him, and he met with Gholam Hossein Afshordi, known as Hasan Bagheri. The associate of Mohammad Hassan Tousi and Gholam Hossein Afshordi was closely unified to the degree that they were recurrently summed up at numerous meetings. 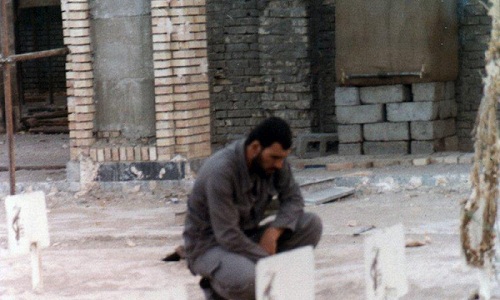 After taking part in the processes of Fattalmibin and Beitol Moghaddas, he repaid to Mazandaran in 1982 and succeeded Abolfazl (AS), who was accountable for sending battle forces and supporting forces to the fronts in Mazandaran. 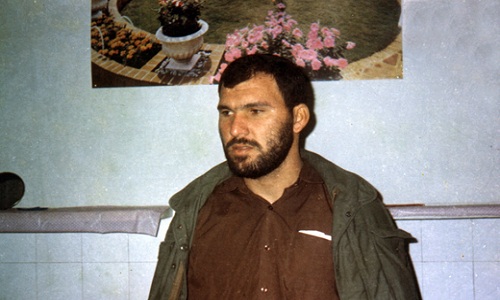 since the operation, Valfajr 6 contributed in Al- Qods 1 and 2 operations and other aggressive operations. The highest of the work of Mohammad Hassan Tusi in Operation Valfajr 8 can be seen.

Throughout the Valfajr 8 operation, it was injured for numerous times and smooth went into coma. The attendance of "Operation Karbala 4" and then "Operation Karbala 5", the plain kind of operation in the eight-year war of Iraq against Iran, are operations that Mohammad Hassan Tusi, as commandant of the Special Corps of 25 Special Forces Karbala Pay it.

In April 1986, he went back to Shalamcheh, while he was substituted by the commandant of the 25th Division of Karbala, was exhausted and wounded in the Tafdiyah Shalamcheh Plain, and on March 19, 1986, at the age of 29, forever, as a result of the Iraqi grout shells He was a guest.