Tehran's Provisional Friday Prayers Leader Ayatollah Mohammad Emami Kashani said the US government’s endless enmity toward Iran is not about the country’s missiles but it is about the Islamic Republic’s moves against Washington’s bullying acts.
News ID: 70358 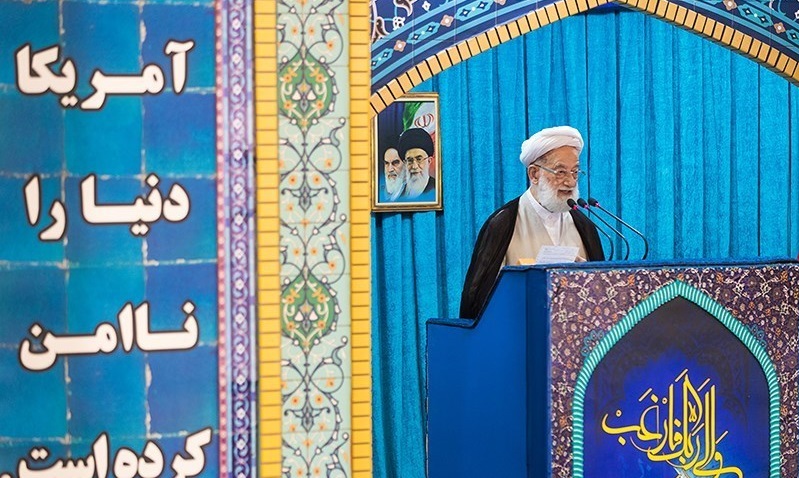 TEHRAN (Defapress) –Addressing a congregation of worshipers in Tehran on Friday, Ayatollah Emami Kashani pointed to a recent move by US President Donald Trump to leave the 2015 nuclear deal, also known as the Joint Comprehensive Plan of Action (JCPOA), and said the US president angrily walked away from the deal and violated the country's obligations under the international pact.

The Americans’ problem with Iran is not about the missiles, he said, adding that their enmity has their roots in Iran’s moves to introduce Islam.

“If Iran puts aside all of its defensive weapons and equipment and stands against the Americans’ bullying only with stones, they will not stop their hostility toward the Iranian Establishment and nation,” the cleric noted.

In a speech from the White House on May 8, Trump accused Iran of sponsoring terrorism and seeking nukes before announcing the US withdrawal from the nuclear agreement between Iran and the Group 5+1 (Russia, China, the US, Britain, France and Germany).

Following the controversial decision, Iranian President Hassan Rouhani said Iran weighs plans to remain in the agreement with the other five parties, provided that they ensure full benefits for Iran.

Leader of the Islamic Revolution Ayatollah Seyed Ali Khamenei has underlined that any decision to keep the deal running without the US should be conditional on “practical guarantees” from the three European parties to the JCPOA.