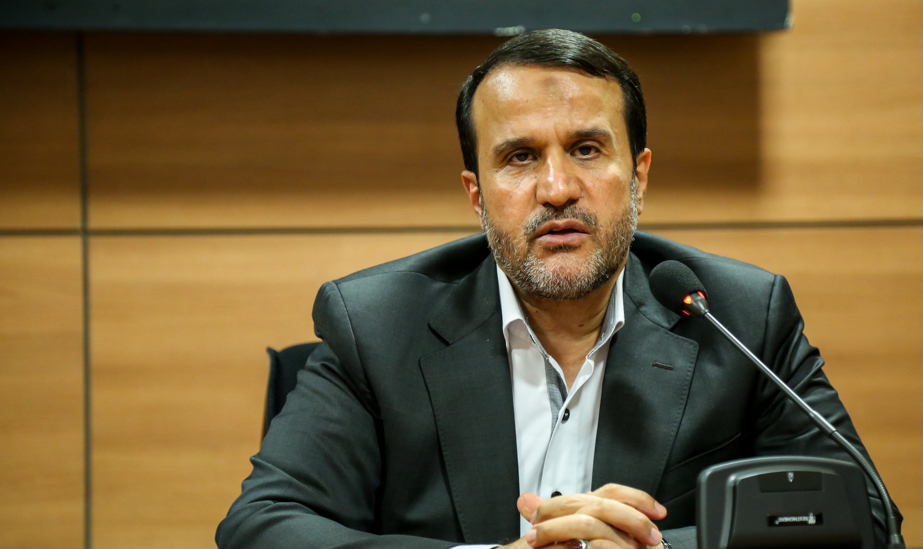 According to epic and jihad od Defapress "General Bahman Kargar head of preservation and publication of Foundation defending Holy values, in celebration of the Rasam Festivaland and “Razmvareh” shrine stated: two important cultural place in the beginning of the year was performed in 97 international film festival that one defense The resistance was sacred and Rasam and another shrine that advocates honest experts “Razmvareh” both work.

Stating that the world today is such an epic cultural programs, thirsty and believe, added: the Festival of Rasam indicated that if our efforts even in the international arena as well as the great things we can do.
General Kargar said send more than 1470, 92 countries represent the relic of the matter and the importance of this issue at the international level. The Nations of the world during the sacred defense of Iran's right to the front and the sponsor.
Stating that more than 700 relics inside the country also was sent to the Festival, stating: the only point the lack of appropriate forms of advertising that was certainly in the form of a promotional attachment statistics for participants is much higher than this.

The head of the Foundation for maintaining and publishing the works of the Holy defense values of sacred defense said a huge accident and that no matter how time passes it, change it and glory in the world becomes more known.

Stating that Iran has always been on 200 years has been fraught with Shame, title: our enemies and predators in the past 200 years, each time that they will occupy the land of our country and our nation's legal or may manifest as a capitulation that was it but During the sacred defense stand with even a ojab Warriors of the territory stay in the hands of our enemies.

General Kargar said: The Islamic Iran today working with the past is very different, because the owner of the technology and a member of the nuclear club, and in the first world country among the 10 missile.
The head of the Foundation for maintaining and publishing the works of the Holy defense values noted: during the sacred defense more than 40 countries from the Baathist regime's support and this support, in three areas of financial-credit, equipment and manpower.

The head of the Foundation for maintaining and publishing the works of the Holy defense values expressed that developing countries Syria and Iraq respectively 90 and 70% of the homeland to capture the enemies had been takfiri, said the victory of the resistance and Liberation Front today the two countries of Iraq and Syria is the fruit of the Holy Spirit and culture of the celebrated defense.

He said that today the great heroes as a Brigadier General commanding the international face and another of the fruits of the Holy defense.
Working with Commander stressing that the birth of the resistance to defend the sacred fulfillment, Hezbollah in Lebanon with the entire world, in practice, be tolerant, arrogance win election in Lebanon today is that it's also the fruits of the Holy defense and come out of it.

He reiterated: today some foreign research initiatives and innovations on the Islamic warriors during the sacred defense research and work that this represents the importance and greatness of the holy warriors of Islam, and that with the empty hand against the enemy until Ben armed stand.

General Kargar stating the main victorious holy people of Iran, said the Iranian nation in the Holy defense attended all of our various and divine religions, including Shia, Sunni, Christian, Jewish and Zoroastrian in imposed war martyr have given that this indicates that the Baathist regime with our war, war Islam and blasphemy. The Islamic revolution to defend the sacred in the world of model theory, and the template that the Imam had goats, today this template in the countries in the region, including Lebanon, Syria, Iraq, Afghanistan, and Yemen are realizing.

Pointing to the recent positions and increasing the sanctions Trump said: our country has always been first in terms of sanctions and has spent during the sacred defense it was more sanctions. Today our enemies, the subject of nuclear energy and missiles have the excuse, because they have difficulty with the principle of the Islamic revolution and the ideals of the revolution and Islam regard their work is detrimental.
General Kargar stating the experience has shown that if we have them sitting on the back foot against enemies than they have, "said the enemy in the JCPOA to its obligations did not act while Iran had its own obligations and strap leg action.

The head of the Foundation for maintaining and publishing the works of the Holy defense values in another part of his speech as follows: the most important tool for the introduction of sacred defense and resistance, art. Defend the sacred must be provided with language arts to the community contact. Today we have a huge treasure of artistic community because the Holy defense ahead that could easily take advantage of it and about the myths of real war plan. This is that while other countries to create their national solidarity and the spirit of the epic legend to myth-making, and because of our treasures.

He said the shrine “razmvareh” enumerate important defenders in this cultural program that can be used as a national task, it's more than 2 thousand effect was that the number of submissions it is important to select and 180 the effectiveness of ranking.

At the end of the ceremony, the Executive of the “razmvareh” shrine honoring defenders and rassam Festival.