A narrative of the struggle against the Shah, martyr kachoi lives up to the assassination

M.kachoi of revolutionary fighters was that after the Islamic revolution, headed by Tehran's Evin prison. He is one of the members was assassinated in the year 1960 photos
News ID: 70667

According to epic and jihad defapress reporter, martyr kachoi the year 1949 in the village of Haji Abad ( Qom between Tehran) was born. His father because of his talents in Scouting, was interested in the study, and therefore he's at home is one of theAcquaintancesand puts the first year there and later years sometimes in the village until the sixth primary and sometimes educated in Tehran. 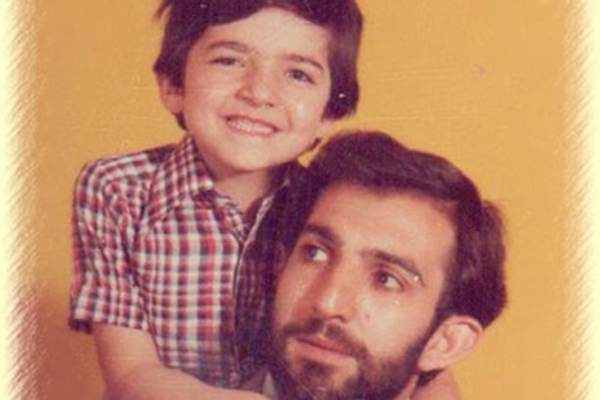 He was educated during and after that, to obtain the help of spending money, worked. The first place of work and job market Office and binding. The same way and with the same symmetry because of the events of June 15 and that it was moving the center of the market, with the familiar religious Warrior. In the same days with martyr Mohammad Bokharai was a revolutionary movement that familiar and her testimony and eliat Islamic Coalition staff a spark for his moves toward religious orientation meetings with militant cleric’s thoughts (disciples of Imam Rachel) and authentic Islam.

Taking advantage of the meetings of the Sayyed Ali Khamenei and militant figures between 45 to 50 years of intellectual character, he makes his move to continue meetings in the same Helpers that dwells with them back in the preparation and distribution of leaflets and the Imam's speech.

Highs in the 50 years of the Pahlavi regime stifling and 51 and the acceleration of the campaign and companion and working with groups and individuals, martyr kachoi fighters and secret, 51 prosecution takes place and, finally, in the absence of more than a year of not asdoajsh 33 days passed and his son Mohsen "It was, managed to discover the His hideout, and the night to arrest him there, the attack His Manhood and strength causes the number of inspections that were done this open house. He forces the SAVAK had to read his prayer, back at home waiting. After complete relaxation with the prayer was a way of torture.

A year between the Joint Committee and Evin, ghezel Castle until the end of the trial and conviction, the extreme pressure and torture endure so that the enemy was applauded and finally also a few days after the conviction of a hunger strike "until he was forced to release her from prison and More able and more determined to come out was at 52 years and 53 more diligently continued move that is definitely taking advantage of meetings lesson commentary The martyr Ayatollah beheshti and oppressed using speech martyr motahhari and Ayatollah Mahdavi Kani and martyr mofatteh and participate in meetings of the standing of mosques, and jalili had made significant impact in this motion until once again in the year 53 was arrested and after spending a few months in the Joint Committee on torture The Palace prison and was sentenced to life imprisonment.

The Palace is in jail because of his positions on the insistence of the Islamic groups in conflict with the anti-religious and eclectic that quiet calm it was obvious Their nature days, begins, and worthy of note that despite this conflict, faith and integrity, courage and mobility, and and mtantsh the enemies also has to admire Respectively.

After some time, along with the brother of the martyr, and cell code of Iraqi and other azure mass was sent to Evin prison and sometime passages full of presence of Hazrat Faiz Mahdavi, anvari, the deceased, the deceased Rabbani Shirazi martyr Haghani and grace and others. Obligation and commitment to the line of the Imam and the Imam was the subjugation of the fellowship that there is also in addition to the pressure of the SAVAK, The frequency of mental pressures such as boycott, slander and so it does not tolerate hypocritesarea and at the same time not his Islamic and human behavior with these internal enemies and not in his animosity with the opposition and the regime has the smallest change.

Finally in the year 56 along with a group of friends with a backpack of knowledge and experience on the effects on peak efforts inside and outside of practice, and that the released, the regime was realized.
This time is also associated with the community of Tehran's combatant clergy and the hmrahshan brothers play an active role in the movement of Muslim Ummah Imam led crashing (RA) played and active participation in the marches of up to duplicate and distribute leaflets and placards Welcoming Committee to strip and Hazrat Imam (Khomeini) was ubiquitous.

After the victory of the Islamic revolution, along with some other Iraqi martyr brothers inThe guardianship not allowed the leaders of the criminal the Pahlavi regime and other elements of the counter-revolution will do until after some time the responsibility of rebuilding the Evin prison and were not allowed in prison serving Manager.
Dare we can say that he is superior to his family and personal issues against his political and social issues of religious duties, less noted. He is busy from morning till night half of the duty and the opportunity to achieve other things. Interest to the militant clerics and pledge to the velayat-e Faqih and facing East and West, while lines of the LGBT activists, and plenty of effort in exposing the dirty nature of the photos of his major features, and accordingly about the influx of a variety of slander by the same perverted hand lines.
At that time part of the territory was occupied by the Islamic Republic. He was relaxed and calm others in surprise. Went to the front line and others from indifference to avoid war and are invited to attend at the front and prowess that will also write at this time. But God willing he obtained internal hypocritical front that now and his interest was a slave, caress, a martyr to get this face brighter for everyone to be mercenaries.
The eighth day of July in the half on 1980 a few more parting beheshti and forget about the durability and bullet time photos of her with the American spirit is said to his body area and next to the shooting incident martyrs.