The Navy and Coast Defense Command confirmed its high readiness to strike any ship threatening the Yemeni coast.
News ID: 70733 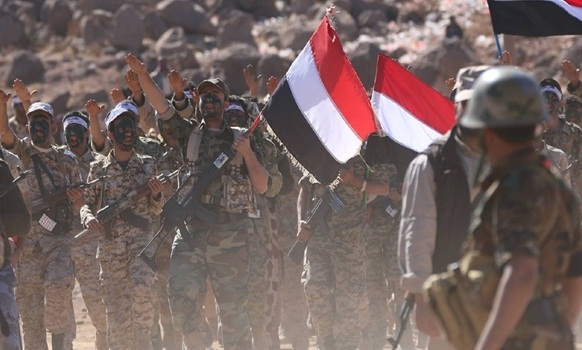 TEHRAN (Defapress)-The Navy and Coast Defense Command said in a statement that it was able to target hostile battleship off Hodeidah coast, which was heading on Wednesday towards the coast of Glefqa South of Hudaydah, Al-Masirah reported.

The statement stressed that with the escalation of the Saudi-led coalition threats to mobilize more troops to invade Yemen on the West coast in order to occupy Hudaydah, the Yemeni naval forces are ready to face the challenge.

He pointed out that a UAE barge was targeted by two coastal missiles, which destruct the barge completely, stating that the destruction of this barge is not the first and will not be the last.

The Yemeni naval forces reiterated that there is no concern for civilian ships as long as they are committed to international maritime law, calling on them to move twenty nautical miles away from the hostile battleships of Saudi-led coalition as a guarantee for their safety.

Assistant Spokesman for the Yemeni Army and Popular Committees Colonel Aziz Rashid also stated on Wednesday that the naval strike is a message to Saudi-led coalition forces that the deterrent force is only in its Beginning.

Rashid said in a statement to Al-Masirah that the strike of the naval force was a powerful blow to the tools of America and Israel, stressing that what is prepared for Saudi-led coalition forces in the coming stages are terrifying capabilities.

The Naval Forces Wednesday morning targeted a battleship of Saudi-led coalition forces with two naval missiles during an attempt to advance towards Hudaydah coast.