Filippo Grandi, the UN high commissioner for refugees, on Wednesday slammed Italy and Malta after both countries turned away a ship carrying hundreds of migrants.
News ID: 70740 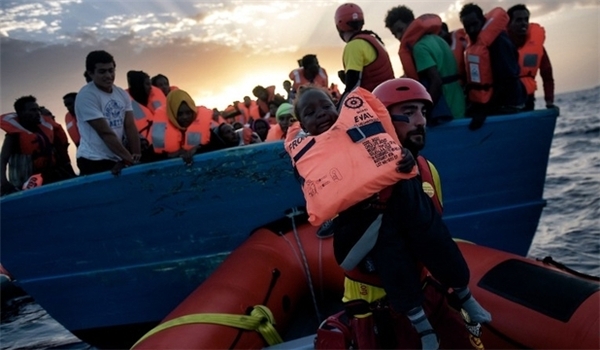 TEHRAN (Defapress)- "As a European, l feel ashamed," Grandi told reporters in Geneva, adding that "rescue at the sea has to happen... it is part of the law", Anadolu Agency reported.

After being denied entry to both Italy and Malta, 629 migrants rescued in the Mediterranean this weekend will now make a 1,300-kilometer (808-mile) long journey to Spain, the ship’s organizers SOS Mediterranee said on Tuesday morning.

The ship Aquarius rescued around 230 migrants on Saturday and more than 400 were transferred to the ship by Italian military and merchant ships in the area. They were originally set to dock in Italy, but Italy’s newly formed government turned the ship away.

Following Italy’s decision, Malta also said it would not accept the ship either, so it remained in standby between the two countries for days.