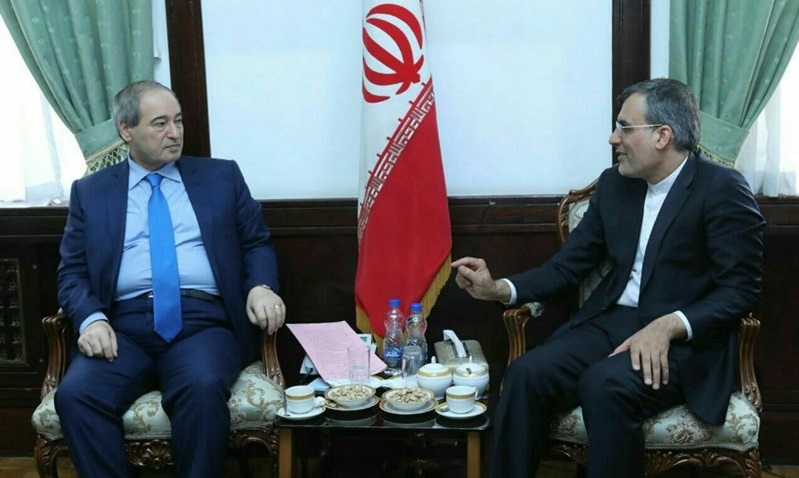 TEHRAN (Defapress) –Jaberi Ansari and Mekdad co-chaired the new round of meetings of the two countries’ joint political committee in Tehran on Monday evening.

During the session, the two sides exchanged views about the bilateral relations and the latest political and military developments in Syria.

Jaberi Ansari and Mekdad also discussed the latest developments regarding the efforts to form Syria’s constitutional committee, which was agreed at a Syrian peace conference in the Russian resort city of Sochi in January.

In April, the presidents of the three countries –the guarantor states of de-escalation zones in Syria– held a meeting in Ankara to discuss ways for peaceful settlement of the crisis in Syria.

Since January 2017, Kazakhstan’s capital has hosted several rounds of peace talks that led to an agreement on de-escalation zones across Syria.

The talks in Astana have been going on in tandem with UN-brokered Geneva talks.

According to reports, the conflict that broke out in Syria in 2011 has claimed the lives of over 470,000 people, injured 1.9 million others, and displaced nearly half of the country’s pre-war population of about 23 million within or beyond its borders.