Iran Urges JCPOA European Parties to Stand Up to US Unilateralism

Iran’s ambassador to Vienna-based international organizations, Kazem Gharibabadi, urged the European parties to the 2015 nuclear deal known as the Joint Comprehensive Plan of Action (JCPOA) to firmly stand up to Washington’s unilateral measures against the deal.
News ID: 71812 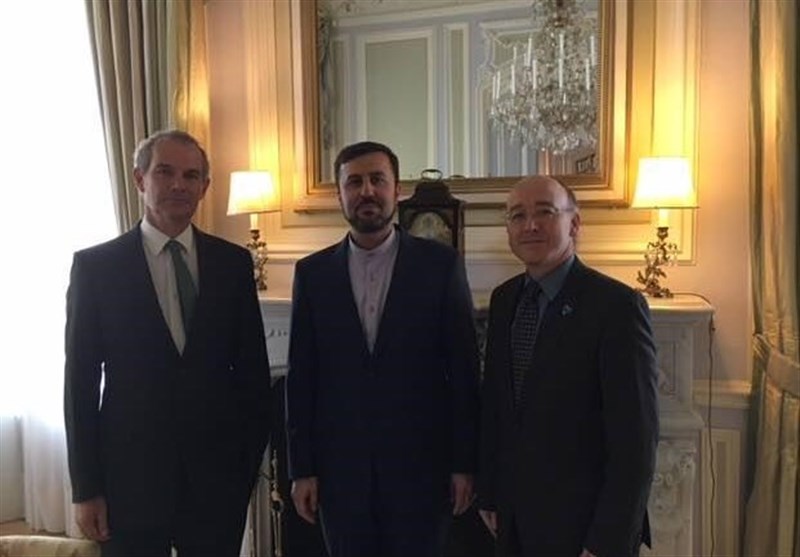 TEHRAN (Defapress) –Speaking at a meeting with British ambassador to Vienna-based international organizations and the European country’s ambassador to the International Atomic Energy Agency (IAEA), Gharibabadi pointed to the close cooperation between the Islamic Republic and the IAEA within the framework of the JCPOA and said IAEA Director-General Yukiya Amano has repeatedly acknowledged Iran’s full commitment to its obligations under the nuclear deal.

That Iranian diplomat further emphasized that European countries should endeavor, with their full power, to stand against the United States’ unilateralism and make attempts to minimize the negative effects of the re-imposition of unilateral and illegal sanctions against Iran.

During the meeting, the British ambassadors highlighted their country’s principled policy of supporting the JCPOA as well as the joint statement of the three European parties to the deal and said Britain and its European partners are determined to work together with Iran to save the JCPOA and ensure Iran's interests in the deal.

In a statement on August 6, the US president said his country’s policy is to levy "maximum economic pressure" on Iran.

Donald Trump further said Washington is urging all nations "to make clear that the Iranian regime faces a choice: either change its threatening, destabilizing behavior and reintegrate with the global economy or continue down a path of economic isolation.”

On May 8, Trump pulled his country out of the JCPOA, which was achieved in Vienna in 2015 after years of negotiations among Iran and the Group 5+1 (Russia, China, the US, Britain, France and Germany).

Meanwhile, Leader of the Islamic Revolution Ayatollah Seyed Ali Khamenei has underlined that any decision to keep the JCPOA running without the US should be conditional on “practical guarantees” from the Europeans.