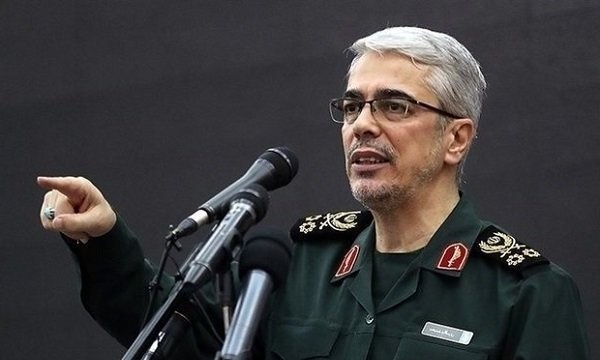 TEHRAN (Defapress) –Speaking in a meeting held in the presence of Navy commanders of Islamic Revolutionary Guard Corps (IRGC), he stated, “US army and other foreign forces in the Middle East region are well aware of this issue that if they make the slightest mistake in the region, they will pay a heavy price.”

He reiterated that enemy will suffer heavy losses if Iran’s oil export is halted in the Strait of Hormuz.

Once Iranian oil is not exported from the Strait of Hormuz, there will be no security for others and no other oil will be exported from this strategic area, Bagheri emphasized.