TEHRAN (defapress)– Moscow knows that it will not be successful in Syria without Tehran’s cooperation, former Iranian ambassador to Russia said.
News ID: 72638 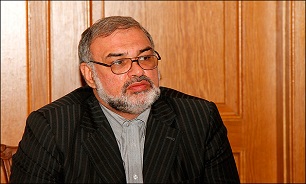 The mutual interests Iran has with Russia are more than what it has with any other countries, Mahmoud-Reza Sajjadi told defapress.

Recently, Western media are spreading propaganda about dispute between Iran and Russia to hurt Tehran-Moscow unanimity, the former diplomat said.

He further said that the prospect of cooperation between the two countries is so bright as the two have the same interests and in many questions, and fight against the same threats of terrorism, terrorist Group of Daesh (ISIS) and extremism particularly in Pakistan and Afghanistan.

He went on to say that Iran and Russia are after ensuring peace and unity in those terrorist-stricken countries.

Referring to Iran and Russia as the victims of security threats in the region, the former diplomat said that the two are concerned about the spread of extremism and drug-smuggling activities which are being directed by the US policies.

About the Caspian Sea in which Iran, Russia, Azerbaijan, Kazakhstan, and Turkmenistan have interest, the former diplomat said that Tehran and Moscow are against the presence of foreign countries there.

On Caucasus, Iraq and Syria, the two countries have also the same viewpoints that can be used in line with their interests, he added.

Talking of the impact of the Zionist regime of Israel on relations between Iran and Russia, Sajjadi said, “Some formulas should be presented to preserve the Russian interests, while Iran’s strategy that there is no country named Israel in the region should be fully respected.”