TEHRAN (defapress)- Iranian Deputy Foreign Minister Seyed Abbas Araqchi underlined that the European Union countries should do their best to help save the Joint Comprehensive Plan of Action (JCPOA) to guarantee interests of the EU and Iran.
News ID: 73247 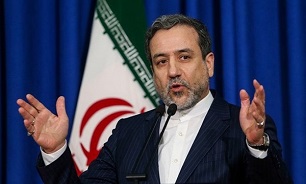 "Nuclear deal would not only complicate the political situation in the Middle East, but also it would mean failure of a successful diplomatic achievement; therefore the European Union needs to save the international agreement," Araqchi said in a meeting with visiting French delegation headed by Philippe Bonnecarrère, French Senator and President of France-Iran Parliamentary Friendship Group as well as Mrs. Delphine O, a Member of French National Assembly who is also President of France-Iran Parliamentary Friendship Group.

During the meeting, Araqhi welcomed the actions of France and Europe in preserving and implementing Iran nuclear deal also known as the JCPOA, as well as the will of France to counter US unilateralism, expressing his hope that European and French efforts would yield practical and operational results.

The presidents of France-Iran Parliamentary Friendship Groups at both National Assembly and Senate, for their parts, said that finding a mechanism for banking transactions and securing Iran’s interests in the JCPOA is a necessity and a priority.

"France is seriously following up on the issue," the added.

In relevant remarks last Tuesday, Iranian President Hassan Rouhani appreciated the EU's strong political stance to maintain the 2015 nuclear deal with Tehran, but expressed the hope for the bloc's practical measures to develop economic ties and cooperation with Iran.

President Rouhani made the remarks in a meeting with new Belgian Ambassador to Iran Veronique Petit in Tehran.

He also warned of some countries' attempts to prevent deepening relations between Iran and Europe, and said, "They have hatched plots to destroy these good ties and they should not be allowed to succeed."

Petit, for her part, submitted her credentials to President Rouhani, and said the nuclear deal was a big success at the international arena and the European Union and Belgium are making their utmost efforts to protect it.

The European Union as one of the parties to the 2015 nuclear deal with Iran has been trying to save the agreement after the US withdrawal.