Hospital destroyed in US coalition attack to Deir Ezzor 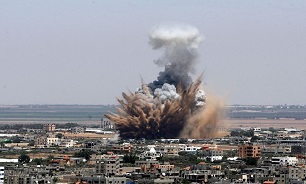 The airstrikes to Hajin city in Deir Ezzor Province also killed all the eight members of a family, according to Syrian Arab News Agency (SANA) citing local sources.

No reports on deaths or injuries have been published so far.

Syrian Network for Human Rights reported on December 1 that a total of 79 civilians were killed by the attacks made by US-led coalitions to Syria during November.

The Syrian government have sent letters to the United Nations secretary-general and urged the coalition to immediately stop killing civilians to create a mechanism to probe into the crimes.