TEHRAN (defapress)- Senior US senators in Congress warned Saudi Arabia that Riyadh must change its leadership if it wants to maintain its close ties with Washington, saying Crown Prince Mohammad bin Salman (MbS) has become “so toxic”.
News ID: 74308 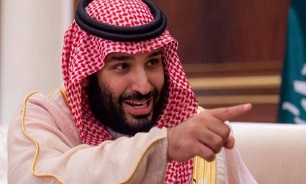 "To our friends in Saudi Arabia, you are never going to have a relationship with the United States Senate unless things change. And it's up to you to figure out what that change needs to be," Graham told reporters at a press conference in Congress.

"From my point of view, the current construct is not working. There is a relationship between countries and individuals. The individual, the crown prince, is so toxic, so tainted, so flawed that I can't ever see myself doing business in the future with Saudi Arabia unless there is a change there," Graham said.

“The relationship with Saudi Arabia is not working for America. It is more of a burden than an asset,” he added.

Menendez, who was joined at the press conference on Capitol Hill by Graham, said the resolution will pass when it comes to a full vote in the Senate and that it is meant to hold Saudi leaders accountable for human rights abuses.

“This sends a global message that just because you’re an ally of the United States, you can’t kill with impunity,” Menendez added.

Jamal Khashoggi, a Saudi journalist and critic of MbS, was murdered inside the Saudi consulate in Turkish city of Istanbul on October 2. Riyadh has denied that the crown prince ordered the killing.

But, US senators briefed by the CIA have stated that they are certain MbS was responsible for Khashoggi's killing - a view Trump is sceptical of.

Trump on Tuesday doubled down on his support for MbS, saying in an interview with Reuters that Saudi Arabia has been a "very good ally" while declining to say whether he thought the crown prince was responsible for the killing of Khashoggi.

Trump has faced pressure from a bipartisan group of US lawmakers to condemn and penalize the crown prince over the killing, but the American president has refused to do so.

He stated in a statement last month that Washington would maintain a "steadfast" relationship with Riyadh despite Khashoggi's death.

Also on Wednesday, the United State Senate voted to end Trump’s support for the Saudi war on Yemen. The senators voted 60-39 to advance a resolution for further debate and a later vote in the chamber.

Official UN figures say that more than 10,000 people have been killed in Yemen since the Saudi-led bombing campaign began in March 2015. But the Armed Conflict Location & Event Data Project (ACLED) believes that at least 56,000 people have lost their lives in the war. The violence has also left around two-thirds of Yemen’s population of 27 million relying on aid amid an ongoing strict naval and aerial blockade. According to the world body, Yemen is suffering from the most severe famine in more than 100 years.

Yemen is the world’s largest humanitarian crisis with more than 22 million people in need and is seeing a spike in needs, fuelled by ongoing conflict, a collapsing economy and diminished social services and livelihoods.

an Oxfam representative stated that the US, UK, and French governments are behind millions of people starving in Yemen because they are “supporting this war".

“We have 14 million people starving,” Richard Stanforth, Oxfam UK’s regional policy officer for the Middle East, told RT, adding that "British, French, American governments are all behind this, they are all supprting this war".