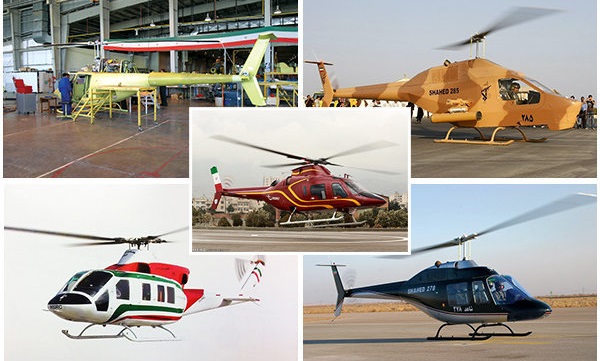 The Commander of Islamic Republic of Iran Army Aviation, commonly known as Havaniruz, made the remarks in a specialized conference on helicopter parts manufacturing industry held at Havaniruz HQ on Saturday.

Second Brig. Gen. Yousef Ghorbani added that the US sanctions on Iran requires the Army Aviation to be all the more prepared and equipped to defend the country’s airspace against regional and trans-regional threats.

He stressed that a strong and capable parts manufacturing industry is needed for the development of the country's helicopter fleet.

He further noted that Army Aviation is constantly monitoring hostile countries in order to be prepared for any potential confrontation, adding that Havaniruz seeks to use the knowledge and expertise of elites and knowledge-based companies for the manufacture of helicopters and parts for the defense industry.

According to Deputy Coordinator of Islamic Republic of Iran Army Ground Forces, Ali Jahanshahi, who was also present at the conference, a newly-established industrial unit at Havaniruz, called ‘Ya Ali’, manufactures over 1,500 different types for helicopters in the Army Aviation fleet.