TEHRAN (defapress) – Iranian Foreign Minister Mohammad Javad Zarif stressed that US sanctions have failed to change the Islamic Republic's policies, adding that they are only hurting ordinary people.
News ID: 74376 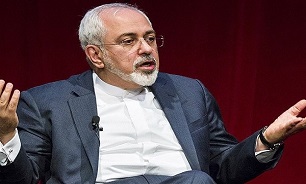 Referring to the policy adopted by the previous US administration to start talks with Iran over the country's nuclear program, Iran's top diplomat said, "It was U-turn on part of US, which allowed #IranTalks to proceed. Same dynamic today," in a clear reference to the fact that instead of withdrawing from the Iran nuclear deal, the new American government had better settle its disputes with Iran at the negotiating table.

On May 8, US President Donald Trump pulled his country out of the JCPOA, which was achieved in Vienna in 2015 after years of negotiations among Iran and the Group 5+1 (Russia, China, the US, Britain, France and Germany).

Since the historic deal was signed in Vienna, the IAEA has confirmed the Islamic Republic’s compliance with its commitments in 13 successive reports.