TEHRAN (defapress)- The US is using the technologies of color revolutions to bring down unwanted regimes and is set to deploy a new warfare strategy dubbed “Trojan Horse”, Russia’s top army official said on Saturday.
News ID: 75953 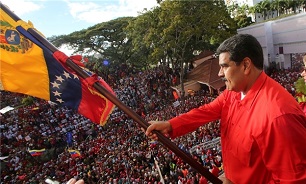 Countries whose governments are left out in the cold by Washington should beware of a mix of military and soft power, Valery Gerasimov, Russian Staff Chief stated, RT reported.

According to the Russian general, Washington is already using technologies of color revolutions and is working on several types of offensives which he called a “global strike” and “multi-sphere battle".

“It was that way in Iraq, Libya, and Ukraine. Similar activities are now seen in Venezuela,” he added.

The Pentagon’s new “Trojan Horse” warfare strategy, which is currently underway, would rely on “protest potential of the fifth column” to destabilize the situation in the countries with unwanted governments.

Simultaneously, precision-guided munition would be deployed to launch strikes on key infrastructure, according to Gerasimov.

The US publicly backs Venezuelan opposition leader Juan Guaido, who proclaimed himself interim president in January following skirmishes on the streets of Caracas.

Guaido’s claim is supported by most Latin American countries, the UK, Germany, France, and Spain while Russia, China, Turkey, Iran, and several other countries stick up for President Nicolas Maduro.

In February, President Donald Trump stressed that he will not rule out a military intervention scenario, while Maduro urged the US to get its hands off the country.