TEHRAN (defapress) – Iran’s Foreign Minister Mohammad Javad Zarif said the Islamic Republic stands with the people and the government of Pakistan against terrorism, adding that terrorists and their sponsors are “terrified by the close relations” between the two Muslim countries.
News ID: 76920 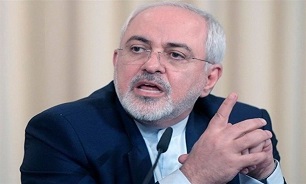 “Strongly condemning the recent terrorist attack in Pakistan, just as  PM @ImranKhanPTI embarks on his first, historic visit to Iran. Terrorists, extremists & their sponsors are terrified by close relations between Muslim states. Iran stands with the people & govt. of Pakistan,” Zarif tweeted on Friday ahead of the first and historic visit by Pakistani Prime Minister Imran Khan to Iran.

It also came after heavily-armed assailants on Thursday shot dead at least 14 Pakistani Navy personnel after pulling them from several passenger buses on the Makran coastal highway between Karachi and the Gwadar port in Balochistan.

Before arriving in Tehran for bilateral talks with top Iranian officials, Khan is expected to have a brief stop-over in the holy city of Mashhad on April 21, the day when Shiite Muslims around the world celebrate the birthday anniversary of Imam Mahdi, the 12th and last Shiite Imam.