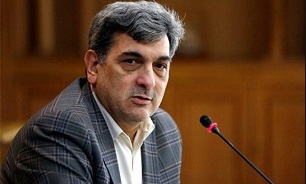 Hanachi described his talks in Iraq successful, saying that the negotiations to finalize the reached agreements will be followed up after the holy month of Ramadan.

He said preliminary negotiations have been made with Alwach, members of Baghdad provincial council and Iraqi Housing and Reconstruction Minister Bangin Rekani on developing cooperation.

Referring to his official invitation to Alwach to visit Tehran, he said the details of Memoranda of Understanding (MoUs) and initiatives will be discussed more precisely during this trip.

He added that he had held talks with Iraqi officials on constructing subway lines, restoration of monuments, developing green areas, managing wastes and exchanging Iran’s experiences in urban and public transportation.

The joint cooperation committee will be established after the month of Ramadan, he reiterated.

He also pointed to his visit to the historical site of Taq-e Kasra, saying Tehran Municipality and Iranian companies are ready to cooperate in restoration of Iraqi historical sites.

Earlier, addressing a meeting with Head of the 'National Wisdom Movement of Iraq' Ammar Hakim, Hanachi elaborated on potentials of Tehran Municipality and its affiliated companies in helping carrying out and implementing big urban projects in Baghdad.

Hanachi was picked by Tehran’s city council as the mayor of the city and his decree was authorized by the ministry of interior in late November. This is his first visit to Baghdad after assuming the office.

Iraq has repeatedly asked for Iran’s help in reconstructing the Arab country after years of war.

He stressed that Iran would play an active role in the reconstruction of Iraq.