TEHRAN (defapress)- A US Department of State official stated on Sunday that Secretary of State Mike Pompeo has canceled his trip to Moscow but will meet with Russian President Vladimir Putin and Russian Foreign Minister Sergei Lavrov in Sochi.
News ID: 77383 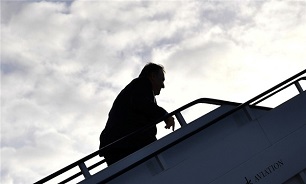 According to Reuters, citing a US State Department official on condition of anonymity, Pompeo will participate in talks with European officials on Iran in Brussels on Monday before heading to Russia.

A senior State Department official told reporters on Friday that Pompeo will discuss possible new agreements on arms control and other issues with Putin and Lavrov during their planned meetings in Sochi.

The upcoming visit to Russia will be the first of its kind for the US secretary of state. According to the Russian foreign ministry, Pompeo and Lavrov are expected to discuss bilateral relations and relevant international problems, including situations in Syria, Ukraine and Venezuela. They may also touch upon the Korean question.

On Wednesday, one year after the US withdrawal from the Iran nuclear deal, Tehran announced that it had discontinued some of its commitments under the Joint Comprehensive Plan of Action (JCPOA) and gave the other parties 60 days to ensure Tehran’s interests were protected or else the country will resume enriching uranium at higher levels.

Tensions between the US and Iran have been escalating in recent days, and the Pentagon over the weekend deployed an aircraft carrier strike group and bomber task force to the Persian Gulf in what a senior administration official called a "clear and unmistakable" message to the Islamic Republic.

Pompeo said in a statement on Thursday that Washington was ready to hit back fast and hard in retaliatory strikes against any attacks carried out by Iran or its front-groups and allies.

He stated on Saturday that the US doesn’t want war but reserves the right to surround Iran with warships and bombers just in case Tehran makes a “bad” decision that doesn’t conform to Washington’s interests.

The United States would “of course” welcome the opportunity to negotiate with Tehran, Pompeo stressed, noting that, however, a build-up of “deterrent forces” around Iran is necessary so that the US could respond if Tehran “decided to come after an American interest – whether that be in Iraq, or Afghanistan, or Yemen, or any place in the Middle East”.

He insisted that Washington has no interest in inflaming a new conflict in the region, but would still be prepared to act “in the event that the Iranians make a bad decision”.

“We’re not going to miscalculate: Our aim is not war, our aim is a change in the behavior of the Iranian leadership,” Pompeo stated.