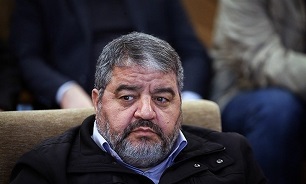 Speaking to the Islamic Republic of Iran Broadcasting (IRIB) on Tuesday night, Brigadier General Jalali pointed to cyber threats to the country and said, “In the area of such threats, we have achieved remarkable capabilities and can easily thwart these types of attacks.”

He further emphasized that Iran ranks first among regional countries in terms of cyber security.

The top official went on to say that some countries that are hostile to the Islamic Republic, including some Persian Gulf states, are actively plotting against the country to hit its cyber infrastructure.

For example, he added, the Saudi regime, by purchasing shares of one of the social networks and imposing its policy on the network, has used some “mercenary companies” against Iran.

In October 2018, Brigadier General Jalali said that a series of arrangements had been made to counter the US hostile strategies and its potential move to block Iran’s access to the Internet.

The official said the US decision to cut off Iran’s access to the Internet would keep Washington unaware of Iran’s internal developments, adding that Tehran is nonetheless ready to counter such a possible threat.

In August 2016, Iran launched the first phase of its national data network after a gap of eleven years.

The national network offers a new internet system with higher security which officials say will be up to 60 times faster than the best speeds currently available. It is also designed to be more secure to potential cyberattacks.