TEHRAN (defapress) – The Islamic Revolution Guards Corps (IRGC) said it plans to release some images of a US warship and evidence that refutes US President Donald Trump’s claim about the downing of an Iranian drone over the Strait of Hormuz by the warship.
News ID: 78110 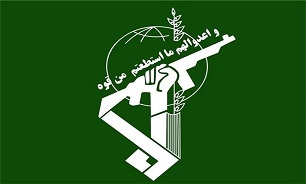 “We will soon release images taken by the IRGC drones of the USS Boxer frigate, which is claimed to have shot down an Iranian drone over the Strait of Hormuz yesterday (Thursday), so that the claim’s baselessness would be proved to the world’s public opinion,” the IRGC said in a statement on Friday.

“These pictures will show that the IRGC Aerospace Force’s Unmanned Aerial Vehicle (UAV) was carrying out its mission in the area before the arrival of the American frigate in the Strait of Hormuz,” the statement said.

They include pictures of the frigate before and even after the time mentioned by the Americans, which show that the IRGC drone safely returned to its base.