Jeremy Corbyn Could Support Pre-Brexit Election to Stop No Deal 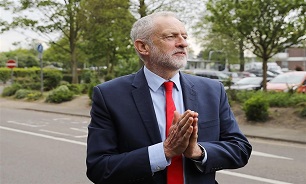 The Labor leader’s team are convinced a no-deal Brexit could be thwarted by securing an extension from Britain’s EU partners, even after the European council meets on October 17, the Guardian reported.

Johnson is widely believed to be plotting a snap poll if MPs try to thwart his Brexit plans – by passing legislation forcing him to ask for an extension to article 50, for example.

However, under the Fixed-term Parliaments Act, the prime minister would need a two-thirds majority to call a general election before the next one is due in 2022. Theresa May passed that hurdle easily in 2017, with Labor keen to take her on at the polls. But Nick Boles, a former Conservative MP who has been involved in cross-party efforts to find a Brexit compromise, has urged Corbyn to rule out supporting a general election before an extension to article 50 has been secured.

Corbyn will host a meeting of opposition leaders and other senior parliamentarians on Tuesday, a week before MPs return to Westminster, as he seeks to put himself at the forefront of efforts to stop no deal.

Declining the invitation, Boles wrote to the Labor leader urging him to “declare publicly that you will not facilitate an election before an extension of article 50 has been secured and a no-deal Brexit has been averted”.

Anna Soubry, the leader of the breakaway Independent Group for Change, who will attend Tuesday’s meeting, said she would “absolutely not support” a general election, because it “will solve nothing”.

Cracks have increasingly appeared among those MPs committed to preventing a no-deal Brexit. The Liberal Democrat leader, Jo Swinson, sparked a row with Labor earlier this month when she argued that if he won a vote of no confidence, Jeremy Corbyn should be willing to cede the leadership of any caretaker government to another senior politician. On Sunday, the shadow trade secretary, Barry Gardiner, accused Swinson of being petulant.

Corbyn has suggested that if Labor could win a vote of no confidence, he would seek to lead a short-term, caretaker government whose task would simply be to request an extension of article 50 and then call a general election. Swinson has suggested Corbyn would be unlikely to be able to command a majority.

Tom Brake, the Lib Dem spokesman on Brexit, said: “Jeremy Corbyn will be under a great deal of pressure if he does not commit to working with opposition leaders. If he does not have the numbers to form an emergency government he must stand aside and help find the best candidate, a respected member from either side of the house.”

Corbyn warned that leaving without a deal would allow the Brexit vote to be “hijacked” by the Tories’ billionaire donors.

“They will use the crisis to push through policies that benefit them and hurt everyone else, as they have since 2010. They will aim to reduce the power of workers, protections for consumers, the tax bills of bankers, the richest and big corporations, as well as the regulations that are supposed to stop them abusing their power,” he wrote in the Independent.

“Johnson is cozying up to Trump because a no-deal Brexit is really a Trump-deal Brexit. It won’t return sovereignty, it will put us at the mercy of Trump and the big US corporations dying to get their teeth into our NHS, sound the death knell for our steel industry and strip back our food standards and animal welfare protections.”

Johnson made just one appearance in the House of Commons after securing the Tory leadership in July, before MPs began their summer recess.

The Commons will sit for two weeks at the start of September, before breaking once again while the parties hold their annual conferences.

Labor will be reluctant to call a vote of no confidence until it believes it has the backing of rebel Tories – some of whom have said they will not support it while a Brexit deal remains a possibility.

Soubry has laid out her own plan, which includes parliament sitting throughout September and October, until a no-deal Brexit is off the table.