TEHRAN (defapress) – Ireland said Friday that the European Union and the United Kingdom were not yet close to a Brexit deal that resolved the Irish border issue, but that the mood had changed.
News ID: 78754 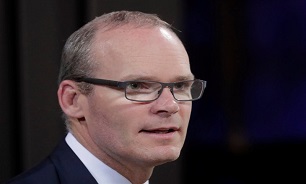 "I think he did convince ... the Irish prime minister that he was serious about trying to find a deal.

"But I think we need to be honest with people and say that we’re not close to that deal right now. But there is an intent ... by all sides to try and find a landing zone that everybody can live with here."

He added, "We are still waiting ... for serious proposals from the British government that can allow that to happen," Reuters reported.