TEHRAN (defapress) – United Nations Secretary General Antonio Guterres says the world body’s investigators are “unable to independently corroborate” the US and Saudi claims that Iran was behind attacks on the kingdom's Aramco oil facilities in September.
News ID: 79557 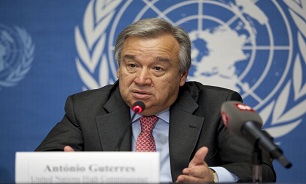