EU’s Josep Borrell due in Tehran 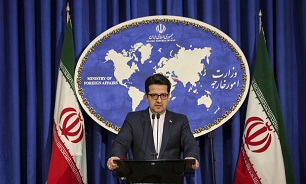 During his first visit to Iran as EU foreign policy chief, Borrell will meet with Foreign Minister Mohammad Javad Zarif and other senior Iranian officials, added Mousavi in a Sunday statement.

The visit comes as European signatories of the Joint Comprehensive Plan of Action (JCPOA) have so far failed to fulfill their commitments under the deal after US’ unilateral withdrawal.

Iran, in response, has reduced commitments to the JCPOA to create a ‘balance’, noting that all its measures are reversible as soon as other parties take practical steps in honoring commitments and safeguard its economy from damages of the US sanctions.

In January, the three European signatories to the Joint Comprehensive Plan of Action (JCPOA) triggered the dispute settlement mechanism featured in the nuclear deal in response to what they claimed was Iran’s violations of the deal.

The dispute mechanism can lead to the restoration of United Nations sanctions previously lifted under the landmark deal within a 60-day deadline.

Europe's triggering of the dispute mechanism came after Trump threatened to impose tariffs on France, Britain and Germany if they did not accuse Iran of breaking the 2015 nuclear deal, according to reports.

Tehran has warned to withdraw from NPT and cut cooperation with IAEA in case the nuclear deal issue is referred to the UN Security Council.