most visited
iran << iran
In a message to Ayatollah Khamenei:

TEHRAN (defapress) – ،he political leader of Islamic Resistance Movement of Hamas Ismail Haniyeh conveyed a message of comfort to the Leader of the Islamic Revolution Ayatollah Ali Khamenei on Sunday, over the death of Hossein Sheikholeslam, Iran’s former ambassador to Syria and former adviser to Foreign Minister Mohammad Javad Zarif.
News ID: 80445 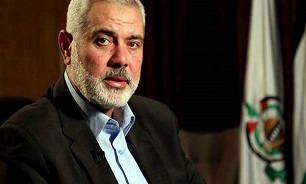 In his message, Haniyeh hailed Sheikholeslam's firm stances in accompanying the Palestinian nation.

Sheikholeslam passed away from the coronavirus on Thursday.

Sheikholeslam was also an assistant to the parliament Speaker Ali Larijani for the International Affairs. He was a member of the Seventh Iranian Parliament, and also served as the Iranian ambassador to Syria. Sheikholeslam was elected deputy for international affairs at the World Forum for Proximity of Islamic Schools of Thought (WFPIST) in June 2018.