TEHRAN (defapress) – The spokesman for the Yemeni Armed Forces said Saudi warplanes pounded various areas across the Arab country despite claims by Riyadh that it has extended its unilateral truce for another 30 days with the arrival of the holy month of Ramadan.
News ID: 80931 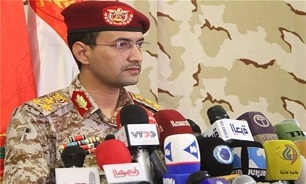 He added that the aggression of enemy fighters focused on Ma’rib, Jawf, Sa’ada, Ad Dali, and Sana’a.

The attacks came a day after the Saudi-led military coalition decided to “extend the ceasefire for a month,” according to its spokesman Turki al-Maliki, the state-run Saudi Press Agency (SPA) reported.

A two-week ceasefire in Yemen announced earlier by the alliance expired on Thursday, without leading to a permanent truce.

The chairman of the Supreme Revolutionary Committee of Yemen, Mohammed Ali al-Houthi, dismissed the Saudi-led coalition’s extension of the unilateral ceasefire in the war-ravaged Arab country by one month, saying Yemenis are expecting serious actions rather than words, which are simply media maneuver.

The Saudi-led coalition invaded Yemen in 2015. Since then, over 100,000 people have been killed, according to the US-based Armed Conflict Location and Event Data Project (ACLED(