TEHRAN (defapress) – An Iranian lawmakers said on Tuesday that the anger of the western countries following Iran’s launch of Noor-1 satellite proves the importance of the path of independence.
News ID: 80950 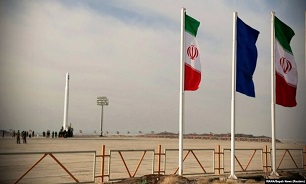 Alaeddin Boroujerdi, a member of Parliament National Security and Foreign Policy Committee, said the launch “proved that relying on domestic capabilities can guarantee more success than depending on major world powers.”

“Among the signs which point to the significance of this achievement are the anger of the US and Western countries and the satisfaction of the Islamic Republic of Iran’s friends, Resistance Front, and those who wish independent countries gain more power,” said the MP.

“The launch distorted regional equations and put the Islamic Republic in a higher position,” added the parliamentarian.

He went on to stress that Iran’s military doctrine is ‘defensive’, saying, “we are against aggression on any country and also, will not let others assault our national interests in any way.”

Boroujerdi lauded the capabilities of Iranian scientists who managed to take another stride despite US sanctions, adding, “Those countries who are moving in the path of sanctions against Iran should know that these measures have not affected the Islamic Republic’s determination to progress, rather, it has strengthened motivations.”

The lawmaker also condemned as ‘nonsense’ the US and some European countries’ accusations that the launch has violated the UN Security Council resolution 2231. “Americans showed their opposition to the JCPOA by withdrawing from the agreement and Europeans proved to be unable to stick to their commitments under the accord,” he added while also pointing to Russia and China’s stance who believe the launch has not violated the document.