US Must Change Behavior

TEHRAN (defapress) – Iranian Foreign Minister Mohammad Javad Zarif said the US administration must change its behavior instead of looking for excuses to breach the commitments.
News ID: 81078 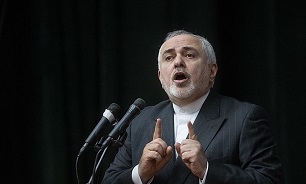 “Americans have proved untrustworthy and one cannot rely on the outcome of negotiations with them,” Foreign Minister Zarif said in an interview with YJC when asked about the prospect of talks between Iran and the US.

“Almost the entire world has come to the conclusion that if an agreement is made with the Americans, they will violate that deal whenever they’d like,” he added.

“The current US administration must correct its behavior instead of looking for excuses,” Zarif underlined.

Asked about reports from the foreign media that Iran has taken control of an oil platform in Syria’s Deir ez-Zur, Foreign Minister Zarif said Iran is working in cooperation with Syria for the development of the Arab country as it is moving towards calm.

“We are pursuing joint plans (with Syria) in the economic sphere, one of which involves energy projects,” he added, saying he has no information about details of the oil project.

On Friday, Foreign Minister Zarif sent a letter to UN Secretary-General Antonio Guterres to mention the threats posed by the US government’s illegal measures, such as its unilateral withdrawal from the JCPOA and its sanctions against Iran.

In the letter, Zarif has mentioned important tips about the US’ illegal withdrawal from the 2015 nuclear deal, the unilateral sanctions against Iran, the brazen, repeated and constant violation of the UN Charter, particularly the breach of Article 25 of the UN Charter, which have threatened the credibility and integrity of the United Nations as well as international peace and security.