TEHRAN (defapress)- A Saudi activist revealed the formation of a coordinating council by the kingdom’s distinguished opposition figures and political dissidents, including three senior members of the royal family, in order to remove Crown Prince Mohammad bin Salman (MbS) from power.
News ID: 81231 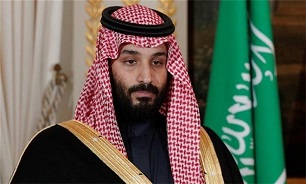 “The coordinating council of the Saudi opposition comprises of 18 members, including three princes. This council neither does call for sit-ins, nor civil disobedience and armed struggle. Its activities are rather limited to correspondence with world leaders as well as international bodies,” the Qatar-based and Arabic-language al-Jazeera news network, citing Abdul Rahman al-Suhaimi as saying in a video published on YouTube, reported on Sunday.

Suhaimi added that parliaments in Muslim countries, Persian Gulf littoral states, members of the US Congress and House of Representatives, as well as members of the European Parliament (MEPs) have been contacted in this regard.

He further noted that the council supports Prince Ahmed bin Abdulaziz Al Saud to assume the Mandate of the Covenant and come to power as the crown prince with the goal of making Saudi Arabia a state of institutions and a constitutional kingdom, where there will be an elected parliament.

“We call on King Salman to remove his son from all positions, including the Mandate of the Covenant, and to appoint Prince Ahmed bin Abdulaziz to the post. A total of 17 Muslim countries have already voiced their support for our cause, but we expect King Salman to be the initiator,” Suhaimi pointed out.

The report come as a number of prominent jailed Saudi royals and their allies have reportedly hired influential lobbyists in the US to establish links with President Donald Trump’s circle and push for an end to “political persecution” by bin Salman, while he is busy dealing with a coronavirus-related economic crisis in the kingdom.

According to a report published by The New York Times on May 19, allies of several jailed Saudis have contacted Washington lawyers and consultants during the past few weeks, and mounted legal, lobbying and public relations campaigns as part of efforts to end what they term as political persecution by the kingdom’s 34-year-old de facto ruler.

Allies of imprisoned Saudi dissidents and their Washington representatives hope to pressure MbS through some combination of lobbying and public relations efforts to highlight the dire situation of human rights in Saudi Arabia and possible legal action in international courts in a bid to secure their release.

Earlier this year, bin Salman launched a new campaign of arrests against royals over an alleged coup attempt to unseat him and his father King Salman, sparking yet another outcry from human rights organizations.