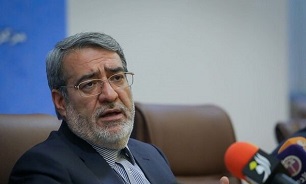 He noted that " the US President has proved that he does not remain committed to international treaties and has conflicts not only with the Islamic Republic but with other countries including Russia and China."

"Trump has even ignited some serious problems in the US," he underlined.

"All the world know that Trump is not reliable," he added.

The minister added that the Islamic Republic is in conflict with the US government but not the American people.

Rahmani Fazli underscored the significance of fortifying Iran's economy as a way to protect the country against the enemies.