TEHRAN (defapress) – In a humiliating defeat for Saudi Arabia and its allies, the top UN court ruled in a 16-1 decision in favor of Qatar over the ongoing dispute between Doha and its Persian Gulf neighbors.
News ID: 81548 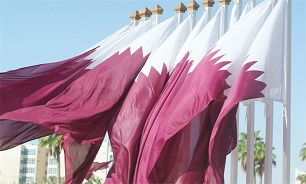 The aviation body had ruled two years ago that the air blockade imposed by the four countries was illegal.

The top UN court backed Qatar and unanimously “rejects the appeal” by the four blockading states against the decision by the world civil aviation body who ruled in favor of Doha over sovereign airspace, ICJ President Abdulqawi Ahmed Yusuf said.

ICAO ruled in 2018 that it had the jurisdiction to handle a dispute brought by Qatar, which accused its neighbors of violating international conventions that regulate the free passage of its passenger planes through foreign airspace.

Saudi and its allies rejected the verdict insisting that ICAO was not the right body to judge in the dispute and that its decision to do so was “manifestly flawed and in violation of fundamental principles of due process and the right to be heard.” They had asked the ICJ to declare the aviation body’s ruling “null and void and without effect”.

Welcoming the verdict an official Qatari press release said, “Since June 2017, the Blockading States have prohibited Qatar-registered aircraft from flying to or from their airports and overflying their national airspaces, in flagrant violation of international law. In two judgments released today, the ICJ rejected all three grounds of appeal raised by the Blockading States, finding that the ICAO has jurisdiction to hear Qatar’s claims. The ICAO Council will now resume its proceedings.”

Qatar’s Communication and Transport Minister added: “We welcome today’s decision by the ICJ that will see the Blockading States finally face justice for violating international aviation rules. We are confident that the ICAO will ultimately find these actions unlawful. This is the latest in a series of rulings that expose the Blockading Countries’ continued disregard for international law and due process. Step by step their arguments are being dismantled, and Qatar’s position vindicated.”