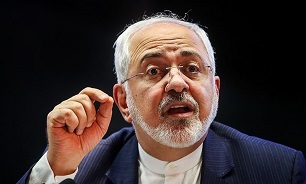 In an interview with Russia’s Sputnik news agency on Wednesday, Zarif said the US violated UN Security Council Resolution 2231 by pulling out of the nuclear deal, officially called the Joint Comprehensive Plan of Action (JCPOA).

“The United States has certainly become a rogue and lawbreaker state” after ditching the deal, he said.

“Therefore, the US is not in a position to talk about the JCPOA. Russia, Iran and China have similar positions on that,” he added.

The Iranian foreign minister said that Washington has proven it is not an honest broker in its dealing with the global community.

“The global community has concluded that the United States is a rather unreliable partner that is violating all legal norms and doesn’t abide by its obligations,” the top Iranian diplomat said.

“This doesn’t work in the global system. What will work is focusing on the rule of law and multipolarity, regardless of any US pressure on the multipolar world system, since the behavior of the current US government goes against the interests of the global community and even the interests of the United States itself. Even the US population has decided that one cannot succeed in the medium to long term by violating the law,” he emphasized.

Referring to Washington’s hostile pressure campaign to secure an extension of an anti-Iran arms embargo, which would expire in October under the UNSC-endorsed nuclear deal, Zarif said, “Even US allies haven’t accepted this project, considering it extremely dangerous.”

Asked what actions were taken to restore relations between Iran and Saudi Arabia, Zarif said Tehran was ready to hold talks with Riyadh to promote regional security.

“However, it seems that the Saudi Arabian authorities are more aimed at starting a war (along) with the United States and benefitting from it,” but “over the past few months, the US has shown that it is not ready to get into a war in the interests of Saudi Arabia.”

“Saudis had better wake up, cheer up and engage in dialogue with those who are always with them in the region, instead of aiming their efforts at cooperating with Israel and the United States,” Zarif concluded.