TEHRAN (defapress)- Iranian Foreign Ministry Spokesman Saeed Khatibzadeh referred to the resignation of Japanese Prime Minister Abe Shinzo, and said that Iran and Japan have friendly and historical relations and Abe Shinzo has contributed a lot to the expansion of relations between the two nations.
News ID: 81889 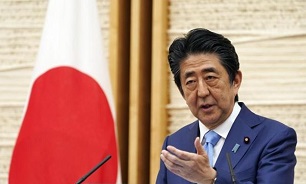 Khatibzadeh's remarks came following reports about the resignation of the Japanese prime minister.

The Iranian foreign ministry spokesman reiterated that the Islamic Republic of Iran underlines its commitment to boost the relations with Japan and extends its gratitude to Abe Shinzo for his contribution to the relations between the two nations.

Abe Shinzo said in a press conference in Tokyo on Friday that he intended to resign.

He suffers from colitis, a non-curable inflammatory bowel disease, which forced him to resign during his first stint as the country's leader from 2006 to 2007. He became Prime Minister again in 2012.

Abe Shinzo is Japan's longest-serving head of government in terms of consecutive days in office.