TEHRAN (defapress) – Iran’s ambassador to the Republic of Azerbaijan reminded the US president of the futility of threatening Iran during the last days of his tenure at the White House
News ID: 82254 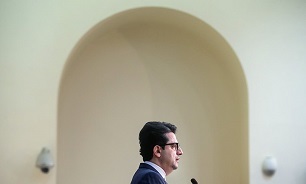 In a post on his Twitter account, Seyed Abbas Mousavi said, “If I were Mr. Trump, I DID NOT threaten a peace-loving but warrior NATION, Iran, in my last days in 1600 Penn.”

It came after Trump earlier this week went on expletive-ridden rant while once again threatening Iran.

Last month, the spokesperson for the Iranian administration dismissed falsified reports to which the US president has referred to threaten Iran with military action, cautioning Washington that any mistake would draw Iran’s appropriate response.

Iranian military and political officials have repeatedly warned the enemies about the dire consequences of a military action against the Islamic Republic.