TEHRAN (Defapress) - A prominent Nigerian Shiite cleric said that despite the court order, Shiite leader Ibrahim al-Zakzaky is still kept in custody upon an order by the Saudi rulers.
News ID: 82753 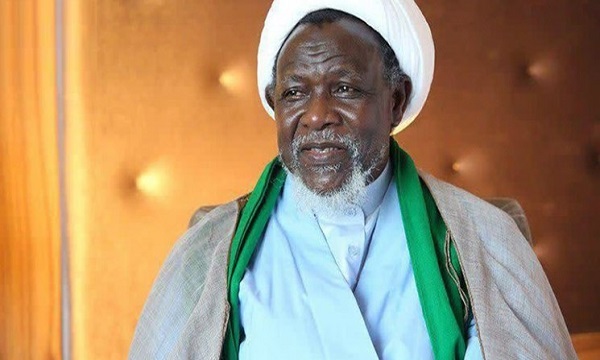 “A Federal High Court sitting in Abuja declared the detention of our leader as alien to any known Nigerian law. Hence, it ordered for his release, which the Federal Government contemptuously refused to obey. Therefore it is clear to all and sundry that Sheikh Zakzaky is in detention courtesy of the dictatorial tendencies exhibited by the ruling elites in the Buhari regime as instructed by their Saudi Wahabi masters," a senior cleric of the Islamic Movement of Nigeria, Sheik Abdulhamid Bello, said on Saturday.

Bello said that after five years, the movement will not forgive the Nigerian government over the Zaria massacre where many of its members were killed by Nigerian Army in December 2015.

The cleric said the catastrophic genocide against the innocent souls remained fresh in their memories and they would never forgive the President Muhammadu Buhari-led government.

"We come out in large numbers today to commemorate five years of this tragic persecution that has not been meted to any community in Nigeria apart from us by the Buhari regime,” he added.

"How can we even forget this catastrophic genocide against innocent souls? Indeed till the end of time, Zaria massacre will continue to be remembered by generations to come, just like so many unfortunate massacres before it is being remembered; where the perpetrators are being cursed and the wrath of Allah invoked against them,” Bello said.

"During those two days, they wiped out 39 families from existence, mercilessly butchered 193 children, murdered 297 women, 548 men and 23 pregnant women, set ablaze hundreds of vehicles in an utter show of barbarism and senselessness, mercilessly and inhumanely exhumed corpses of martyrs that were buried at Darurrahma burial ground," the cleric said.

He also accused the military of burying all the corpses of Shiite citizens in mass graves at Mando and other places in Kaduna State without the consent of their families and proper rites as recommended by their religion.

He added that most of them were buried alive with some of them begging for water to survive.

"Five years on after this massacre, the Federal Government has failed in justifying its inglorious action against the Islamic Movement in Nigeria,” the cleric said.

Nigeria’s military carried out the 2015 attack as part of a deadly state-ordered escalation targeting the movement that Abuja has branded as illegal.

During the attack, the 67-year-old was beaten and lost his left eye and his wife sustained serious wounds.

During the crackdown, the military also attacked the movement’s members as they were holding religious processions, with the government alleging that the Muslims had blocked a convoy of the country’s defense minister. The movement has categorically dismissed the allegations, and said the convoy had intentionally crossed paths with the he Islamic Movement of Nigeria (IMN) members to whip up an excuse to attack them.

Among Zakzaky’s surviving children and supporters, concerns are mounting over his health. The 66-year-old cleric has lost vision in one eye and was in danger of “losing the second one,” his lawyer, Femi Falana, told reporters. Zakzaky and his wife still have “pellets of bullets in their bodies,” said Falana, which were sustained during their 2015 arrest.