No discrimination in punishing culprits of Soleimani's terror 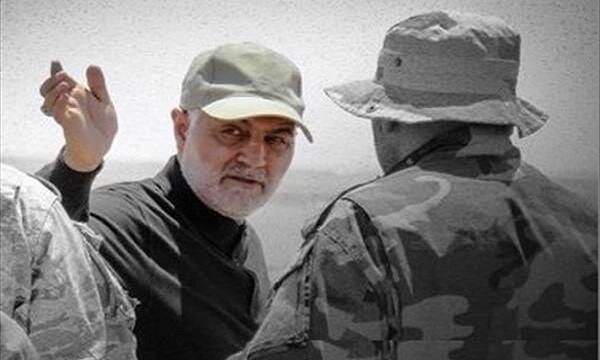 In a phone conversation with the head of Iraq’s Judiciary Faegh Zeidan on Tuesday, Raeisi said, “Iran’s absolute policy is to bring to justice the accomplices in the January 2020 terror attack and punish them according to justice without any discrimination.”

During the phone talk, Raeisi thanked the Iraqi judiciary for its continuous follow-up on the terror attack by the US terrorist outside Baghdad International Airport, which led to the martyrdom of General Soleimani, the commander of the Quds Force of the Islamic Revolution Guards Corps, along with Abu Mahdi al-Muhandis, deputy head of Iraq’s Hashd al-Sha’abi, and their companions.

He said Iran and Iraq's national security are intertwined and inseparable, adding that “we are witnessing a serious determination by Iran and Iraq to counter those trying to undermine their security and integrity.”

Raeisi said the terrorist act aimed at stopping Iran and Iraq on the path of progress and development and stressed the need to fight terrorism.

"Today, we consider the United States a clear example of state terrorism."

The head of the Iranian Judiciary described the US as the common enemy of the Iranian and Iraqi nations, stressing that cooperation between the neighboring countries should increase.

He said the withdrawal of the American troops from Iraq, under the Iraqi parliament’s order, will guarantee such security goals.

Fagh Zeidan, for his part, emphasized the implementation of justice without discrimination in the case of the assassination of martyrs Soleimani, Abu Mahdi and their companions.

Referring to the US troops' withdrawal from Iraq, the Iraqi judiciary chief said, “There is no need for the presence of foreign forces to ensure security."