Liberator of Nobbol and Zahra joined his martyr friends 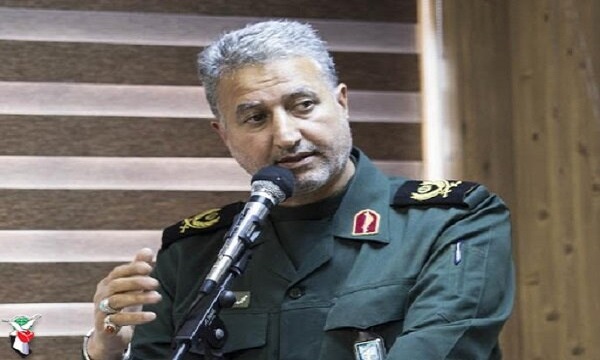 Mohammad Javad Mahdizadeh(*): Brigadier General Mohammad Ali Haghbin was born in a village in Langroud township of Gilan province in northern Iran in 1966. After joining IRGC in early months of the imposed war against Iraq, he became commander of a company in Karbala 25th division, and later joined Quds 16th division in 1986. He became the successor of his martyr General friends "Hasan Rezvankhah" and "Mohammad Asqarikhah", former commanders of the battalion "Komayl" in Quds division during the final months of the war.

After the war, he raised higher in ranks of Quds division. He became the commander of "Hamza lord of martyrs" HQ to fight against seperatist and terrorist militia in Kurdistan province.

After the battles against Takfiri terrorism in Iraq and Syria began, General Haghbin became the commander of Quds division of Gilan province and led Gilani warriors in many battles, especially the liberation of Nobbol and Zahra towns in Aleppo province in northern Syria. Later, he became the commander of "Imam Hussain (pbuh)" HQ in IRGC ground force.

After days of struggle against Covid 19 in Pars hospital in Tehran, Brigadier general Haghbin passed away at the age of 54.