US pulls out half of troops from Afghanistan

TEHRAN (Defapress) - The chief spokesman for the Department of Defense john Kirby said the US has already pulled out half of its troops from Afghanistan.
News ID: 83388 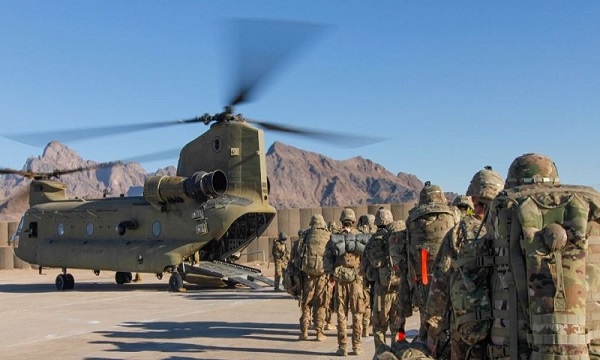 He noted that withdrawal of US troops from Afghanistan does not mean Americans' withdrawal from the region, and the country will continue to maintain a large military presence in West Asia (Middle East).

The US military has handed over Camp Antonik in the southern Helmand and Kandahar provinces to Afghan forces.

The US military has handed over several bases to Afghan forces since Washington signed a landmark deal with the Taliban last year that paved the way for the withdrawal of foreign forces.

The deal signed in February 2020 under the administration of ex-president Donald Trump stipulated that all foreign forces would be withdrawn by May 1, 2021.

Biden announced in April that the last remaining 2,500 American troops would instead be withdrawn by the 20th anniversary of the September 11 attacks and not by May 1.

But he said their withdrawal would start on May 1.