TEHRAN (Defapress) - Iranian Parliament Speaker Mohammad Bagher Ghalibaf said that ballot box is manifestation of participation of people from all walks of life in determination of destiny of the country.
News ID: 83463 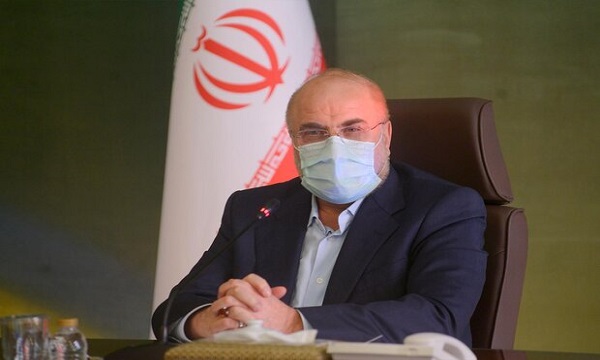 Speaking at the threshold of holding 13th Presidential Election (Iran 2021 Presidential Election) and City and Village Islamic Councils on Wed., Mohammad Bagher Ghalibaf, while inviting people from all walks of life to participate on June 18 presidential election, stated that the opportunity to participate in the election is an opportunity that people of the country have access through the Constitution and predictions made in this regard.

He lashed out at the management method in the country and emphasized, “Today, we are witnessing that the country is suffering from inefficiencies, weak management, etc. which have brought about many problems in administering the country.”

Expensiveness, skyrocketing inflation rate and unemployment are of the most important issues that people whether in cities or village are suffering from, Ghalibaf lambasted.

Elsewhere in his remarks, Iranian Parliament Speaker pointed to the high potentials and capabilities of the country in overcoming problems facing ahead, stating, “I have emphasized repeatedly that problems of the country stem from mismanagement and this mismanagement would be settled through massive turnover of people at the polling stations.”

He once again called on all walks of life to participate in elections for elevating the status of Islamic Iran throughout the world with their massive participation in the polling stations on Friday, June 18.