TEHRAN (Defapress) - Informed sources say that there is available information on complete burning of Aramco facility in Jeddah, Saudi Arab and occurrence of a fire unprecedentedly.
News ID: 83970 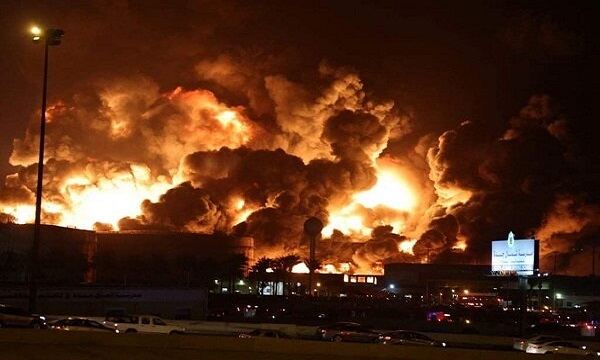 The Third Operation to break the blockade in Yemen is one of the most intense operations launched by Yemeni armed forces against Saudi Arabia, the report added.

Sanaa has confirmed that attacks against Saudi Arabia will continue until the siege of Yemen is completely lifted, Al-Mayadeen quoted military sources as saying.

Following the large-scale attack by Yemeni forces, Informed sources told Al-Mayadeen that electricity power plant has completely been disconnected and has gone out of work.

Earlier on Friday, Yemeni Armed Forces Spokesman Brigadier General Yahya Saree had announced the launch of third wave of "Defeat of the Blockade" against Saudi Arabia.