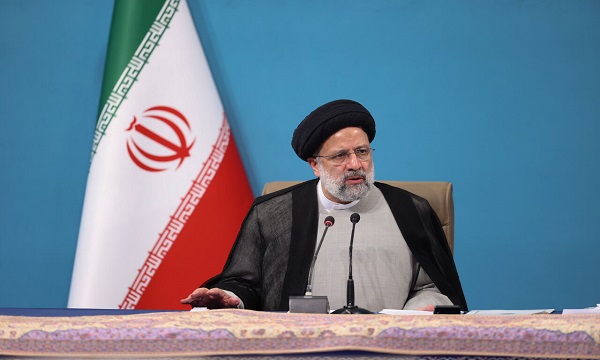 Speaking in a Cabinet meeting on Sunday, he pointed to the difficulties and challenges of executive activity in the country and called on all government officials to make their utmost efforts in line with offering quality services to the noble people of the country.

President Raeisi referred to the high welcome of senior officials of regional and extra-regional countries from salient achievements gained in the country in the knowledge-based field and instructed responsible officials to take serious measures in this field and pave suitable ways for exporting knowledge-based products.

Elsewhere in his remarks, President Raeisi pointed to the high capacities of the country in knowledge-based field and special emphasis of Leader of the Islamic Revolution to promote production in this area and stipulated that presidents of other countries who visited Iran praised high capabilities and potentials of the country in knowledge-based field.

President Raeisi also referred to the need for the removal of barriers facing industrial and production units to realize objectives of the current year’s slogan named after by the Leader entitled “Producing: Knowledge-based, Job Creating” and called on executive organizations to take giant stride in removal of existing problems facing economic sector of the country.