TEHRAN (defapress) – Iraq’s Foreign Ministry said that Baghdad has officially called upon Ankara and Tehran a week ago to only deal with the central government on border ports and in oil matters.
News ID: 66184 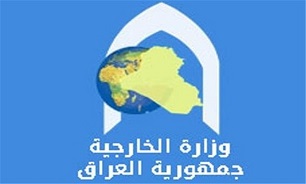 The Iraqi Foreign Ministry in a statement released on Friday said that they have conveyed the message through their respective embassies in Baghdad, the local media reported.

The ministry has asked Tehran and Ankara to close all ports with Kurdistan region until they come under the control of the Iraqi government, the statement added.

The statement explained that the letter had outlined two requests to Iran and Turkey, asking them in the first point of the letter to only deal with Baghdad on border ports and close the ports not under the control of the central government.

The statement also said that the Iraqi government is working with Turkey and Iran to enforce all the decisions and implement all the measures they have agreed upon on the basis of the principles of neighborhood, protecting the sovereignty of the Iraqi territory and confronting the common threats.